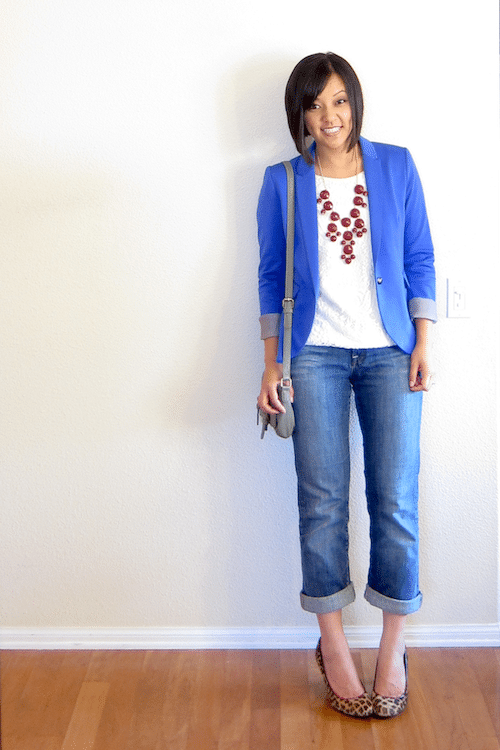 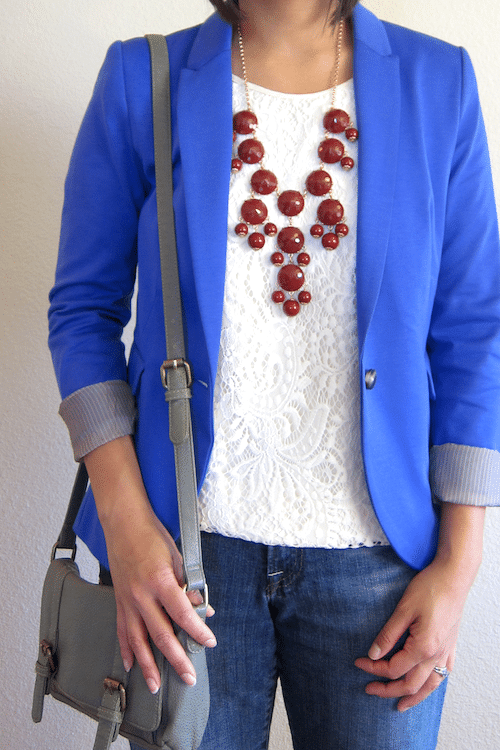 Blue blazer!  I think I want one in every color, but that seems a little excessive huh?  Though, a vibrant green one would be siiiiick.
As excited as I am about this blue blazer, I’m not sure how I feel about this outfit.  It’s not that I don’t like it.  I think it might be great on someone else, but it doesn’t quite feel like me.  You know that oomph that you feel when an outfit brings out your best?  Yeah, didn’t have that here.  I think it has too much stuff going on for me.  Like, lace, leopard, a bubble necklace, a colored blazer–I’m usually a little more simple than that, and (I think) I don’t usually have as many trendy-ish things going on at once.  But at least it was fun to give it a shot.
Sometimes I hear people say stuff like “I’m too scared to try ____ because I’m worried it will look horrible on me.”  Skinny jeans, floral patterns, dresses, colored pants, the color yellow.  Fill in your own blank.  But how will you know if you don’t even try?  I’m *not* a risk-taker, but I’m learning to be more at peace with trying something new and realizing the world will not fall apart if it doesn’t go well.   Especially when it comes to clothes…I’m pretty sure the world will not end if something doesn’t look good on me.  Or you.  🙂  So at least give it a shot in a dressing room, and if it indeed does look horrible then sigh in relief that the world still stands, recognize that it’s not because you look horrible but that the garment just isn’t right for you, then take it off and move on to finding a piece that looks killer on you.  No harm done, right?  None.  But instead, you are one step closer to finding your inner (and outer) awesomeness.
Shop for the Look:
Top: Forever 21 (exact, similar)
Blazer: H&M (similar, similar)
Jeans: Lucky via Nordstrom Rack
Shoes: Target (exact, similar)
Necklace: Caroline G.
Bag: Old Navy
blueblue blazerboyfriend jeanslace teeleopard pumpswhite
20 Comments
Share: 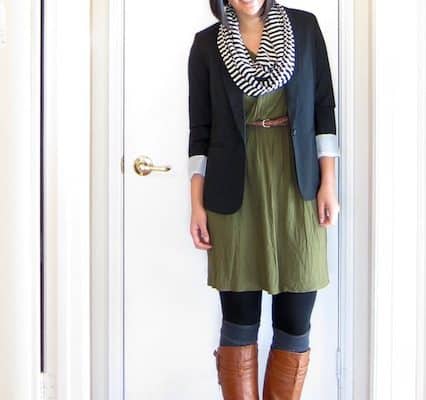 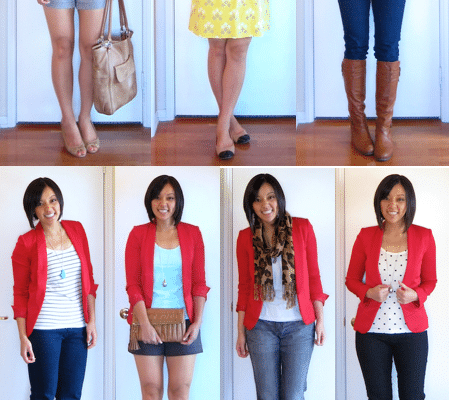 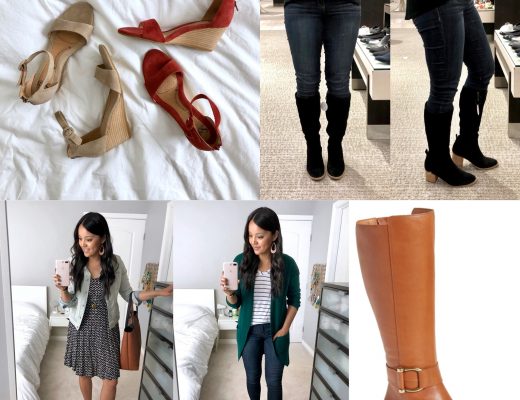 Ready to get compliments on your outfits?

I've got 5 totally easy tricks that will transform your outfits, up your style, and get you compliments, with minimal effort! 🙌🏽

Enter your info to get my 5 tricks and be effortlessly put together TODAY! 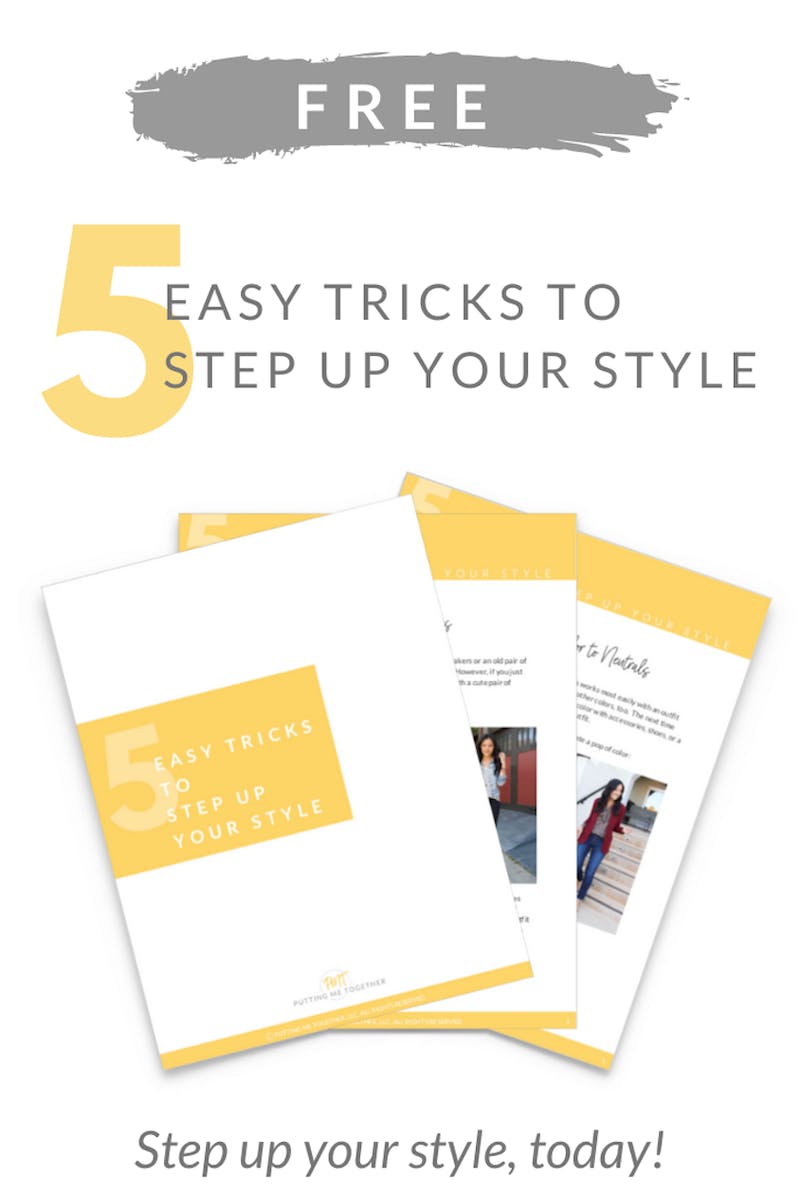