Behind the Blog: Blog Beginnings 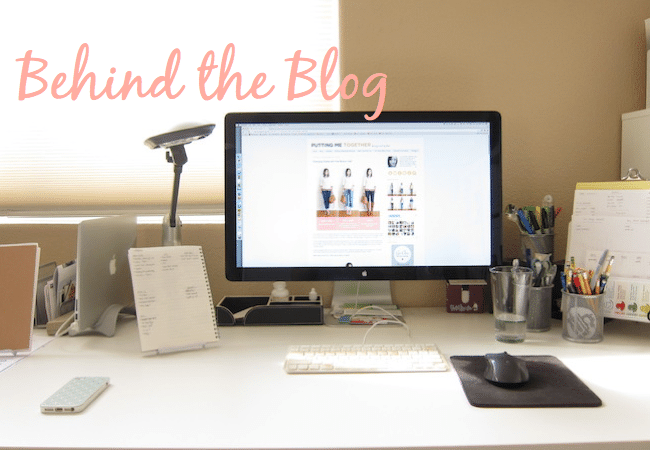 Over the years I’ve gotten handfuls of emails asking for advice on starting a blog, and I decided that this year I’m actually going to write about it.  I personally love hearing the back story and getting behind-the-scenes looks at blogs and the people behind them, so I want to welcome you behind this blog!

Since I don’t usually post on Saturdays I thought those would be good days for some peeks behind the blog.  (And if you only want to read about style, that’s what the other days of the week are for.)  I don’t plan on this being a cohesive series or a tutorial style thing, because then I’d want it to be perfectly planned out and would never actually start it.  For now I just plan to write random bits and pieces whichever weeks I can.

So if you’re game, all are welcome!


How it Began
After being fascinated by style blogs through discovering them via a Facebook ad (I guess those things actually work?) I really wanted to be part of the style blogging community and start my own.  There was one huge thing stopping me, though: I was a big fat chicken and could not pull the trigger.

I thought long and hard about the blog, coming up with a name and a concept, but I was still too chicken to do it.  I was scared I wouldn’t be “stylish enough” or that people would wonder why on earth someone like me had a blog, but mostly it was my fear of not feeling “ready” that stopped me.  Like I alluded to earlier, I can get obsessively compulsive about wanting to have things meticulously strategically planned out before I start something, and as unrealistic as that is to attain, it kept me from starting at all.

Two Purposes
Since I had thought long and hard about it, I knew there were two things I was certain of–the two major purposes for the blog: 1) Be part of a community of people who loved style just like me, and 2) If the blog grew into anything at all, I wanted it to help others, especially women who felt style-challenged.  The second was a big fat “if” and more a far off hope because I didn’t really know if anyone would think I had anything helpful to say.  But I still hoped and tried to grow the blog in that direction to see if it would catch.

Blog Names
I brainstormed blog names with Benson, looking for one that would capture the idea that this blog was for my own style journey (or at least started out that way) but could also potentially lend itself as a place to help others on their own journeys.  Putting Me Together was thrown into the mix because the comment I got most often from friends was that I always looked so “put together.”  I eventually landed on that as the name because I recognized that that was the bar that I hoped to set if the blog ever grew into purpose #2.  This blog (and I) wouldn’t strive to be super fancy, trendy, unique, outside-the-box or push the envelope of style, but at the very least we could just feel more put together.

Though I had a name and a clear concept, I still didn’t want to start the blog.  But Benson, being the great husband he is, created the domain name for the blog even though I wasn’t ready.  That pushed me to start sooner than I felt comfortable with because…hello…the site is up and running, so I figured it was even more embarrassing to have nothing up there at all.  That, and the fact that Kendi was about to host another 30×30 Remix and I wanted to be part of it!  So I started.  I was terrified, but I started.  And here we are!

What I Learned
I said this wasn’t going to be tutorial-style, but I at least want to highlight the advice I would give to anyone looking for it.

1.  Have a clear purpose in mind.  I’m really big on focus and clarity of purpose.  This is true in almost ALL things I do in life, not just blogging.  I know it’s not everyone’s style or personality type, which is fine.  I also recognize that purpose can evolve over time.  Nonetheless, I personally thrive when I have a clear purpose. 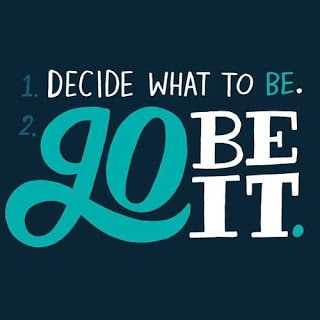 I believe a clear purpose allows you to be intentional about what you do.  Clarity of purpose has helped me be intentional about what topics I cover, how I write, WHY I write, what opportunities I’ve said yes and no to, and so on.  And all of that has helped me write for and reach the type of people I wanted to reach.  I didn’t just want to reach anyone and everyone, but I wanted to reach those who felt like they needed basic style help.  (I’ll write more specifically on this another day.)

It’s also given me motivation and inspiration to continue writing because instead of starting at an overwhelming sea of topics I could write about, or on the flip side, not knowing what to write about at all, I always have ideas percolating about style questions people need help with.  I think that’s also why after 2.5 years of blogging I can still say that I’m personally growing, I can see how the blog can continue growing, and I’m still having fun with it.

And yes, your purpose can change over time.  You can try one direction and decide that that’s not where you want to go anymore.  It’s completely okay to change your purpose later in the game, and don’t worry about time wasted.  It wasn’t time wasted–think of it as research and development.  You spent a while trying something out and came to realize it’s not what you want to do.  That’s actually really useful information and will help you clarify even better what you DO want to do in the future!

Whether your purpose is to grow your own style, to make new friends, to give yourself a creative outlet, to help other people, at some point define what your blog is going to be about.  Working with a purpose–big thumbs up in my book!

2.  Just start.  Perhaps you guys are all much braver than I and are not scared to dive head first into something.  Me?  I dip my toes and then sloooooowly slink into the water, even though I’ve fully prepared myself.  But I learned big time through this blog that sometimes you just have to start, even if you’re not ready.  It’s something I’m trying to apply to other areas of my life, not just blogging. 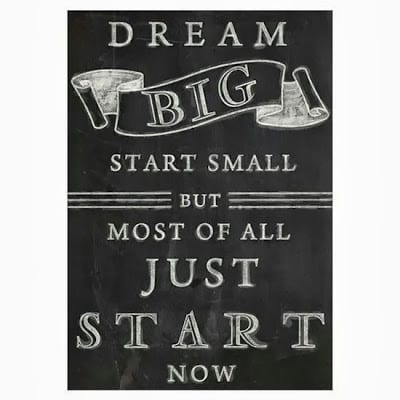 While I wanted to have a lot more things figured out before I started, the reality is that experience is a great teacher.  Now that I’ve seen what this blog has grown into even though I wasn’t ready to dive in initially, I’m trying not to let my fears stop me from starting and working on giving myself grace to be a beginner in the rest of my life.  When I look back on my first year’s posts (which I honestly try not to do) I cringe, for sure.  What was I doing?!  No idea.  But if it wasn’t for those cringe-worthy posts I wouldn’t have been able to grow into the blogger I am today.  Sometimes you’ve just gotta start, give yourself grace, and let experience teach you along the way!

Till next time, people.  Happy Saturday!

Catch the rest of the Behind the Blog series by clicking here. 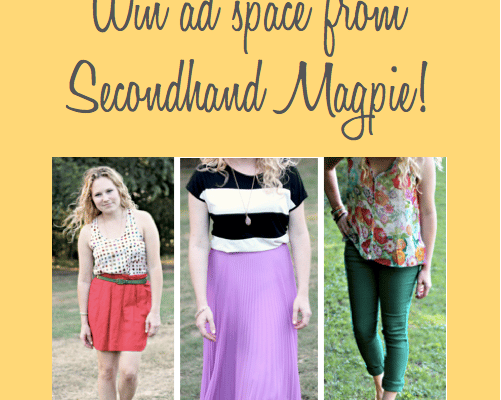 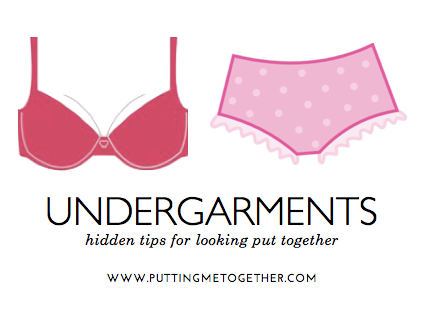 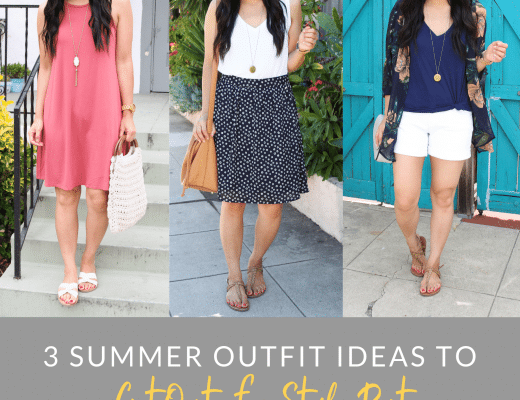 Three Summer Outfits to Get Out of a Summer Style Rut