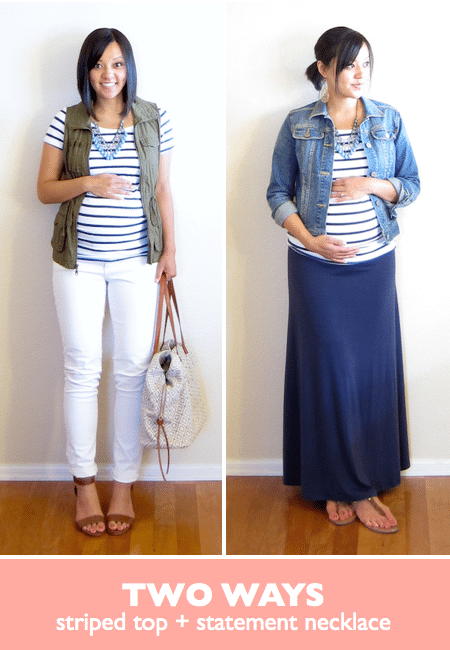 Yesterday I showed the look on the left, and for today’s look I used the same top half but swapped everything else.  Call it cheating or call it remixing.  Either way, I was dressed and it was easy! 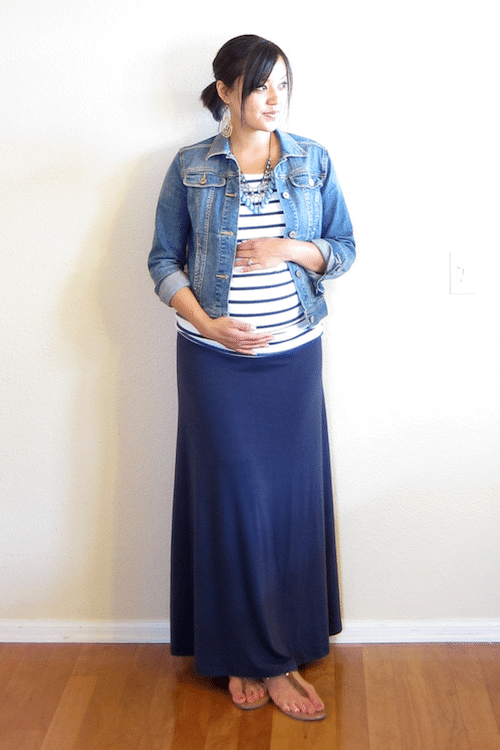 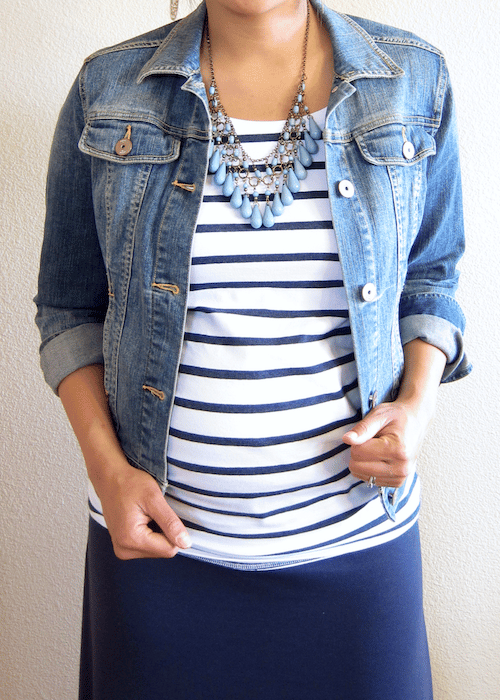 That’s why basics are so wonderful, which took me far too many years to believe.  You can use them as cornerstones and build tons of outfits around them.  Actually, I *just* remembered that last summer I took a striped tee + this necklace and paired them with a pencil skirt! 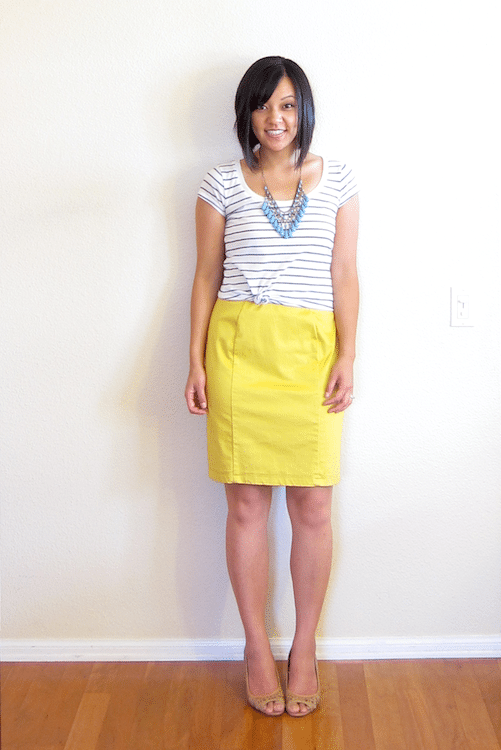 Like I said…basics are the bomb.  Find a combo that works and build a bunch of outfits around it!
(Skirts below are all blue, even though some look black here.  And all under $30.) 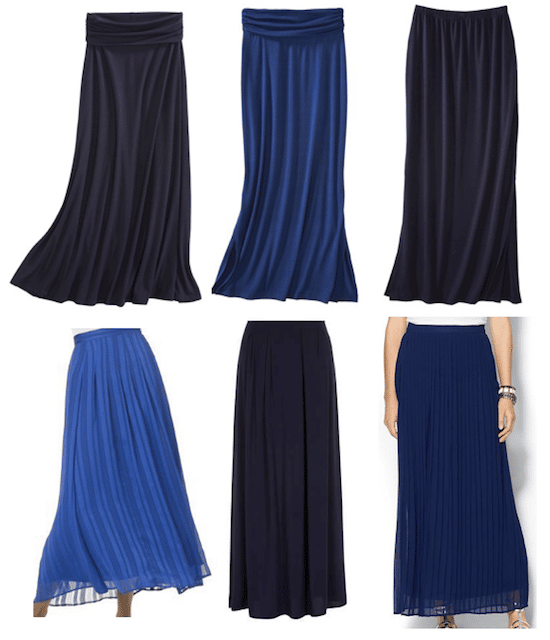 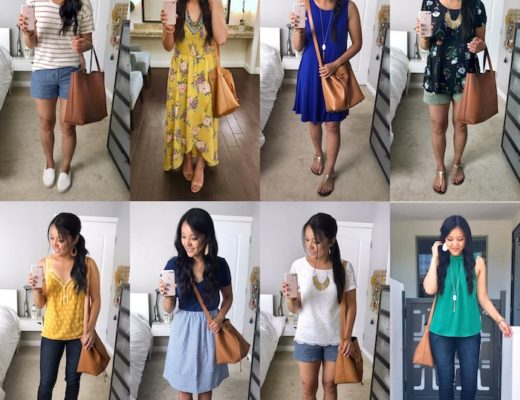 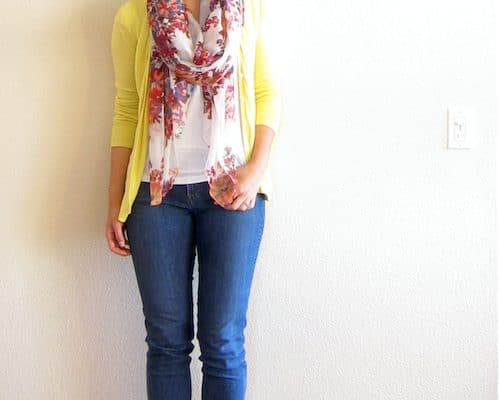 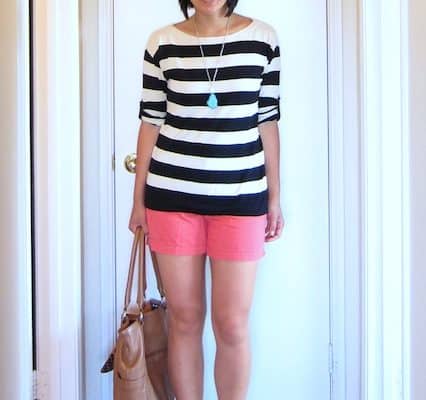