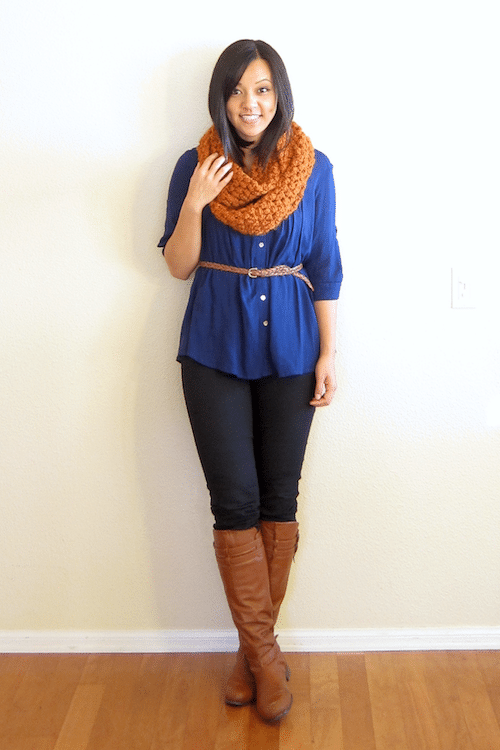 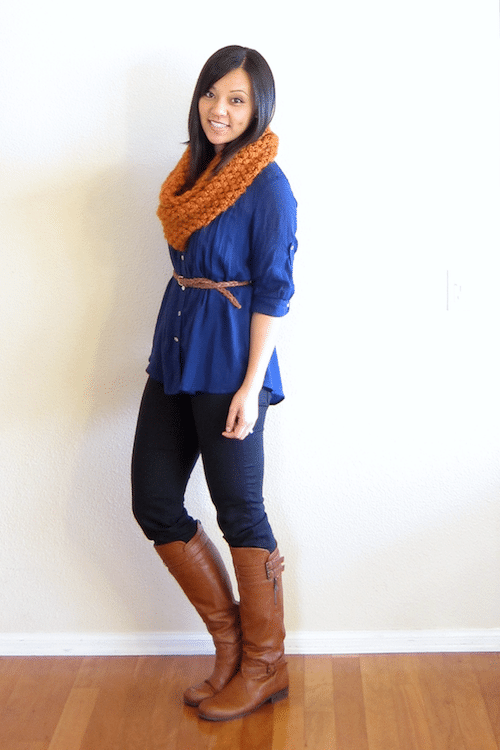 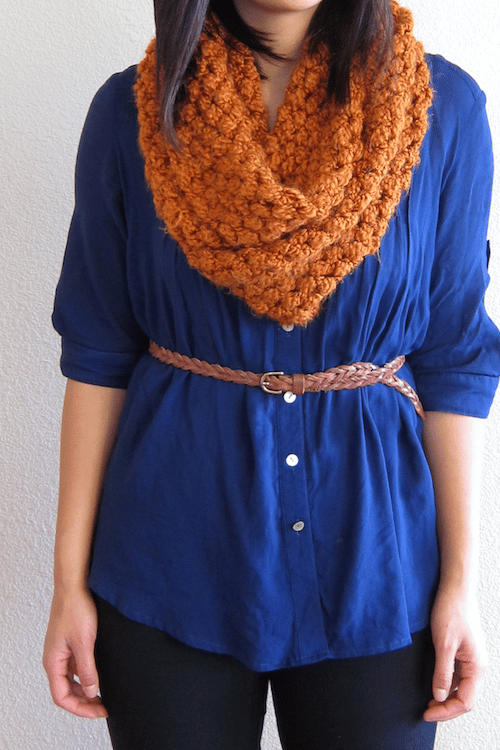 Here’s another outfit from the 10 piece packing list which I wore on Thanksgiving.  Except, you can be sure that belt came off in the middle of dinner.  Belts + food = no good.
On another note, thanks for your input on the black boots yesterday!  After tweeting a couple of days ago that in October and November the only clothes I bought were workout pants and underwear, and after all the talk on black boots yesterday, of course I ran to Target.  And of course I spent a million dollars there.  I checked out these black slouchy boots, which I ended up liking a lot.  They’re not quite as wrinkly around the calf as the picture suggests, just mostly around the ankles.  I still want to try them against option 8 from yesterday based on your recs.
And with the rest of the million dollars, I took home this black and white sequined blouse, this patterned top in green, and the herringbone scarf from the Fall Shopping: Scarves post (option #3) which is no longer online.  (See similar version..)  Usually I am that girl who buys a billion things at Target to test at home, knowing I will return most of them.  You can do that when you live down the street from the happiest place on earth.  But this time I don’t think the returns are gonna happen.  Yikes!  That’s what happens when the only thing you buy in a month is underwear.
Shop for the Look:
Top: gift (similar, similar)
Jeans: LOFT (exact, similar, similar)
Boots: DV by Dolce Vita (similar, similar, similar)
Scarf: made by sister 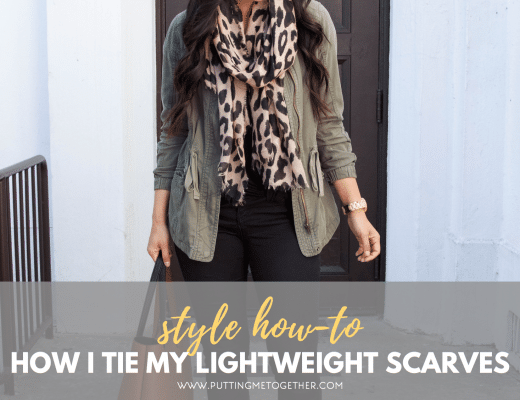 How I Tie Rectangular Scarves 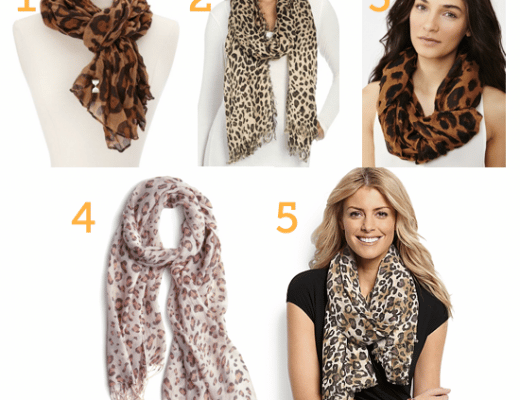 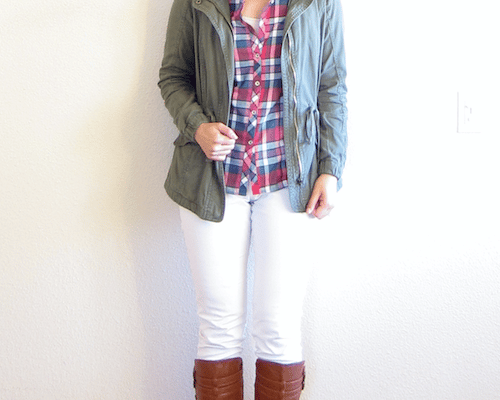 Make It Pop With White Jeans