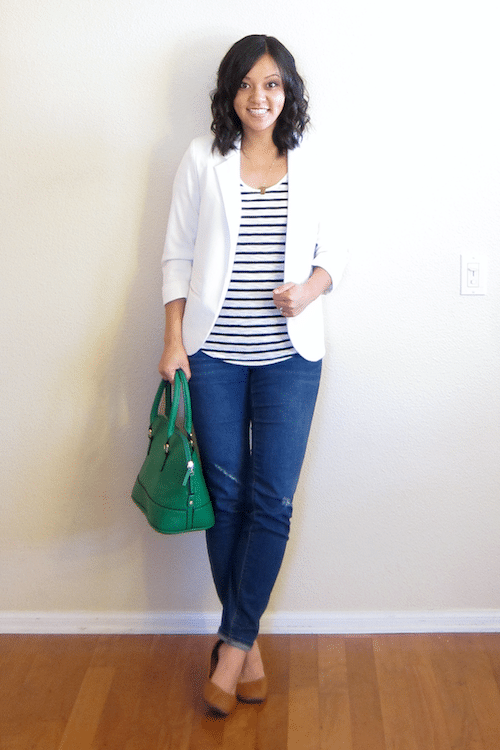 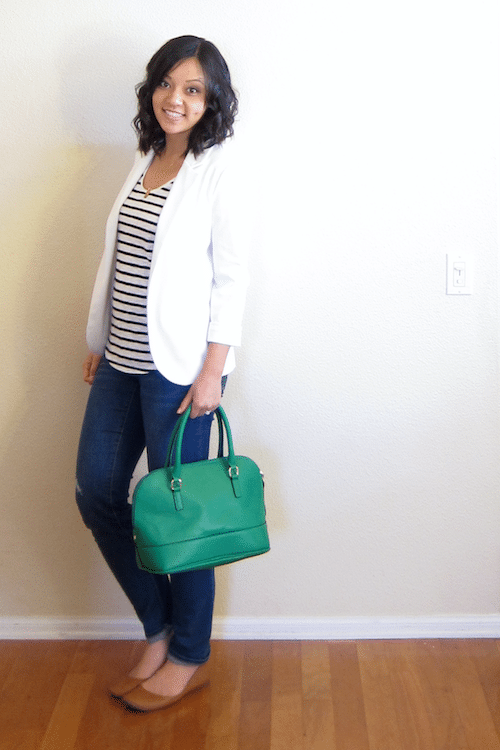 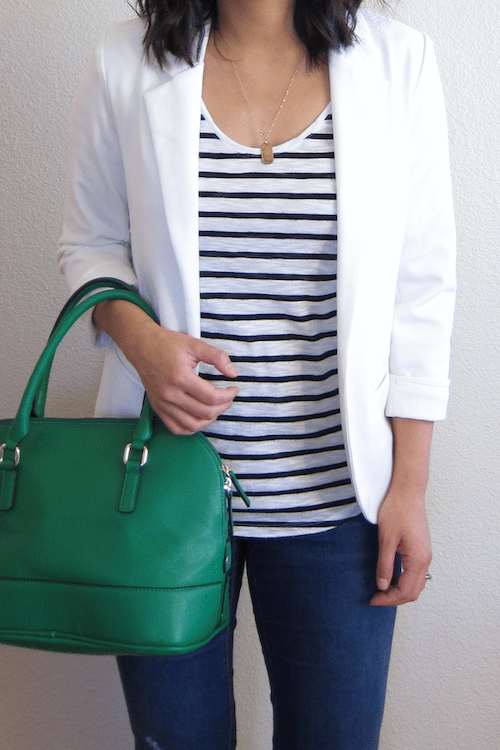 I have blazers in 8 colors, which sounds crazy.  Nine if you count stripes.  But if I did it all again I would not have gotten some of them–including my black blazer.  Is that a sin to say?  I got a black blazer because every darn wardrobe “essentials” list out there says “every woman NEEDS a black blazer.”  You know what lists I’m talking about?  Well, if you’ve read the Wardrobe From Scratch Series you might recall me saying that I don’t like those lists, and every time I pass over my black blazer I’m reminded exactly why.  Argh!
I much prefer my navy, grey, and white blazers over black for neutrals, and it almost feels wrong that I don’t feel the need for a black blazer when so many lists call it an essential, but I haven’t touched it in a long, long, loooong time.  What item on those “essentials” lists have you been duped by?  (Meaning, you bought it because it was on the list but have barely worn it.) 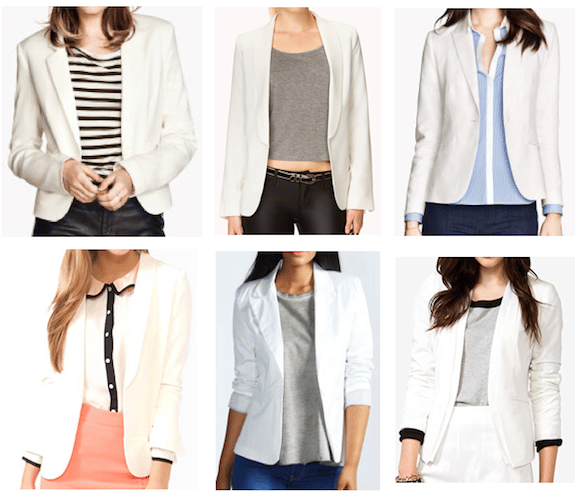 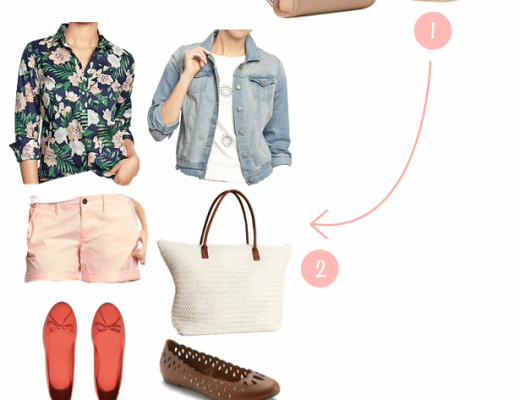 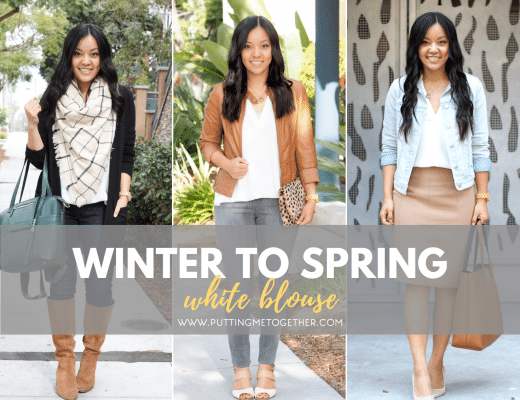 How to Style an Item in Winter and Spring: White Blouse 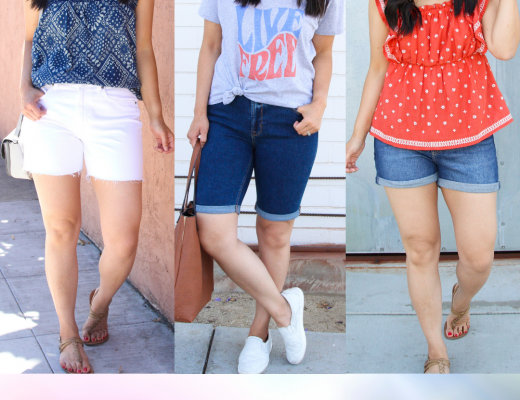