Snicker With Me Please 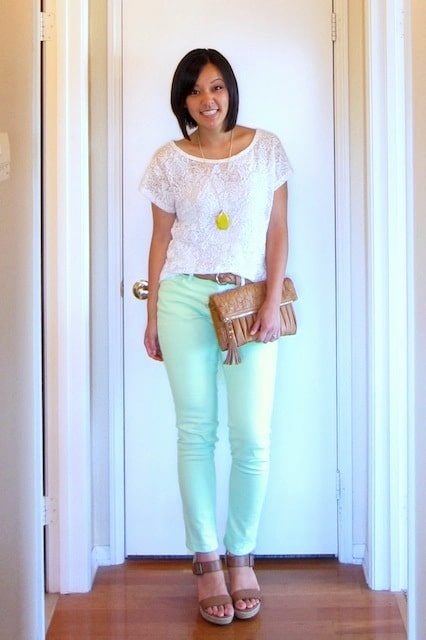 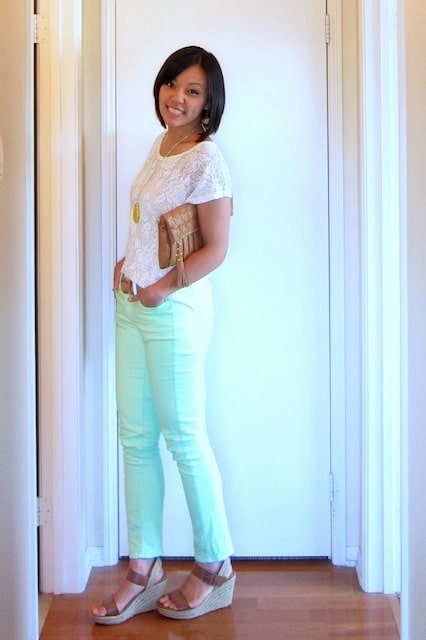 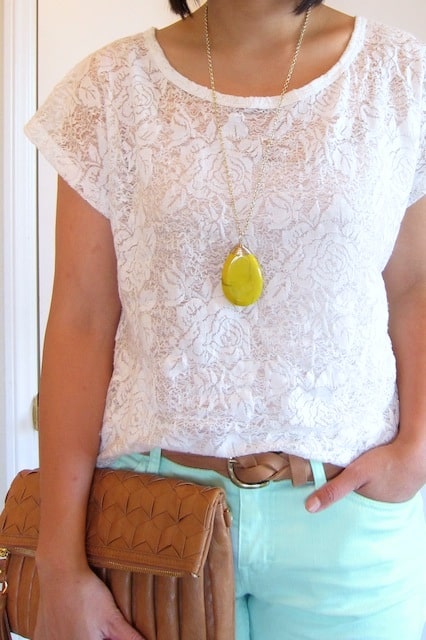 Top: Forever 21 (similar #1, similar #2, similar #3,)  |  Mint jeans: Target (similar #1, similar #2, similar #3)  |
Wedges: Kohl’s (shop)  |  Clutch: DSW (shop, more colors here)  |  Necklace: Old Navy  |  Belt: H&M
So, you know how you pin some outfits on Pinterest that you just think are pretty but never think you’ll actually be able to wear?  I pinned this one back in August/September-ish thinking I’d never wear such fanciness or own anything that color, but I kept it around simply because I found it so, so pretty.  Little did I know that mint jeans would someday be in the picture–and in my closet–and enable me to recreate this look in a wearable-for-everyday kinda outfit.  Pinterest strikes again!

I’m actually in Madison, WI right now for work!  (But I’m posting outfits that are backed up from last week.)  I wore my mint jeans in another outfit today and it was kind of funny to be around people who aren’t caught up on trends (I’m referring to some of my coworkers from around the country, not the residents in Madison) and who still don’t know what to do with colored pants.  I’ve been getting both looks of intrigue, but more funny looks than anything.  At least I now have you guys to snicker about it with. 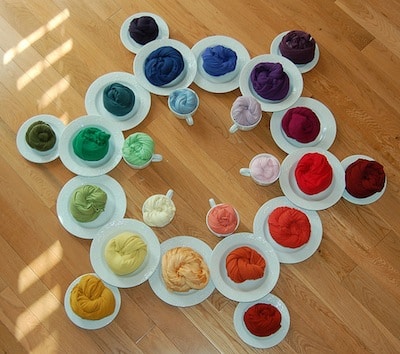 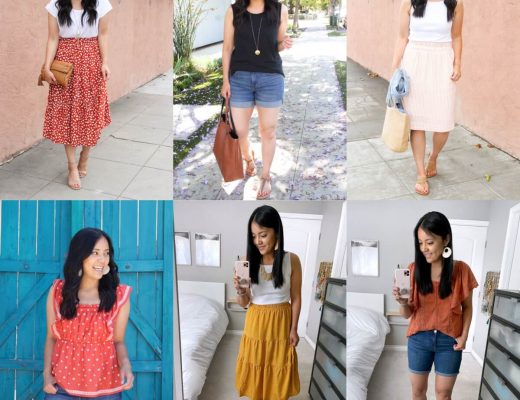 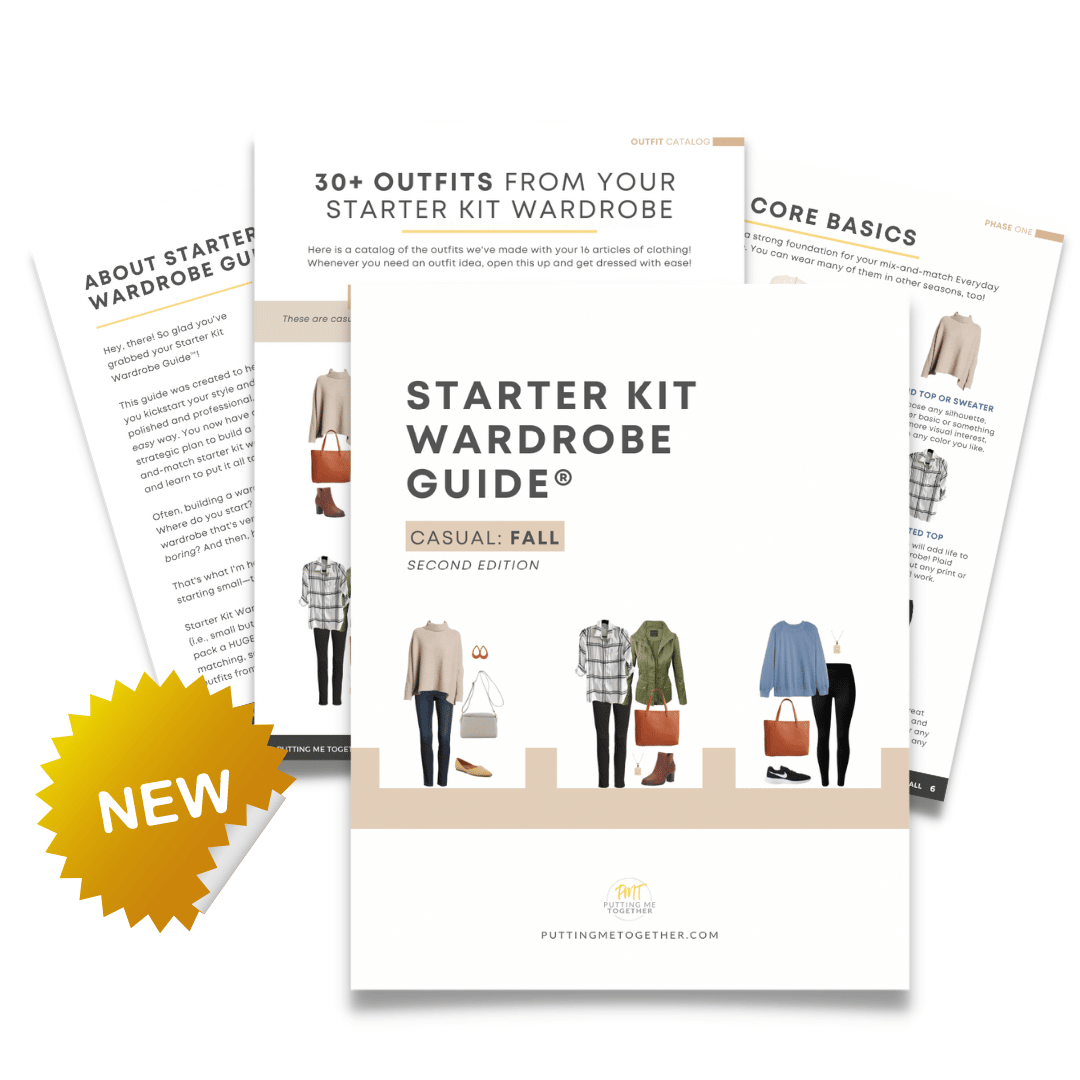