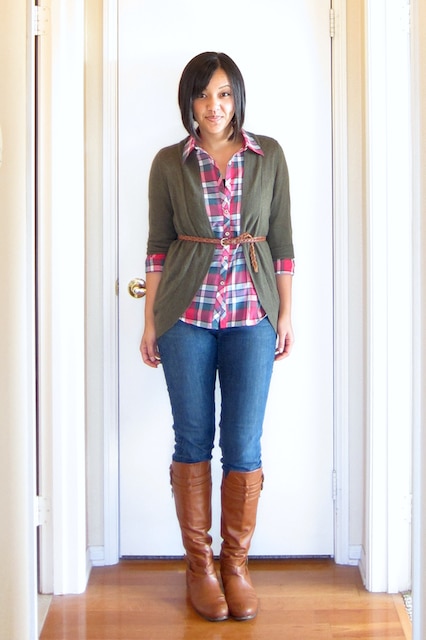 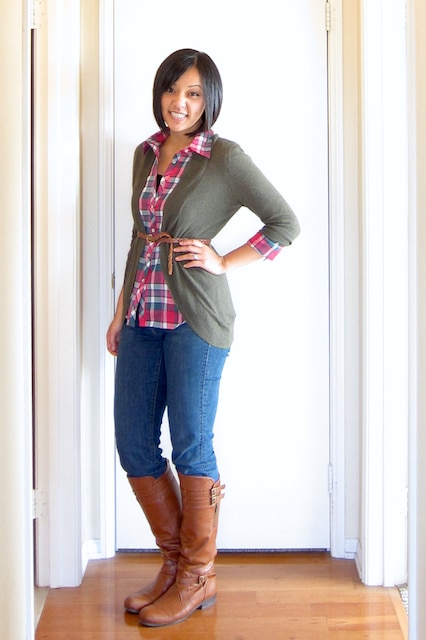 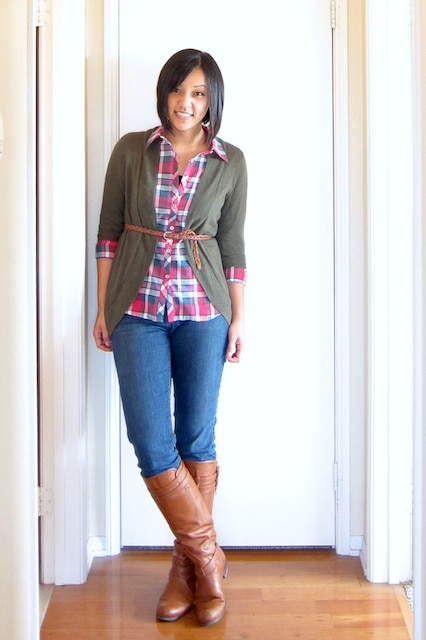 Top: c/o The Walk-In Closet (shop, similar, similar)  |  Olive Cardi: Target (same in other colors, similar)  |  Jeans: Loft (similar)  |  Boots: Macy’s (one, two, three, four)
After a lovely little 2 hour delay on the runway, I finally made it back from Chicago!  It was our last rehearsal before the humungo conference at the end of this month (starting Dec 27th), where I’ll be part of a worship band leading 18,000 college students.  Crazy cray, isn’t it?
I’m spending this week tying up loose ends, buying final Christmas presents, practicing lots and lots of music, and picking out outfits to wear on stage at the conference.  Cuz um, besides being in front of 18,000 people for 5 days, did I mention that the conference is held at the Edward Jones Dome where the Rams play?  And that I’ll be on a jumbotron?  YEAH.  I got to do it all in 2009 also, and I was always worried that I had a booger on my face or something in my teeth.  So I figure at least I’ll try to look sharp so that if a booger or a piece of broccoli makes its debut I can still walk away somewhat respectable, you know what I’m saying?
P.S.  Sorry if you’re sick of seeing these boots.  Since I’ve been traveling so much, I’ve only been bringing one or two pairs of shoes and these boots always come with me!

P.P.S. Even though a few weeks ago I tweaked an outfit with a belt over a cardigan saying it was too fussy, this longer and looser cardigan worked perfectly with a belt.  I didn’t have to adjust anything all day, so if you’re trying the look and get annoyed with your cardigan, see if a looser cardigan cooperates better!  🙂
Linked up with The Pleated Poppy!
boots - cognac DVgreenolive cardiganred plaid topriding bootsskinny jeans
25 Comments
Share: 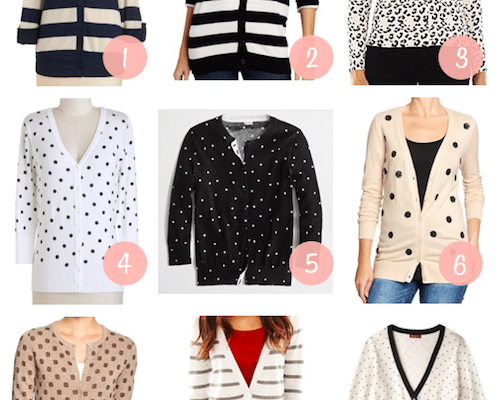 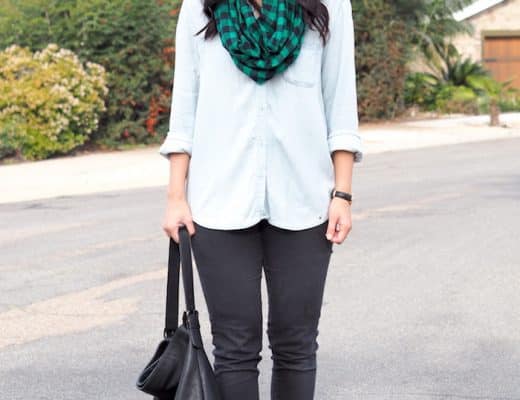 Put a Pattern On It 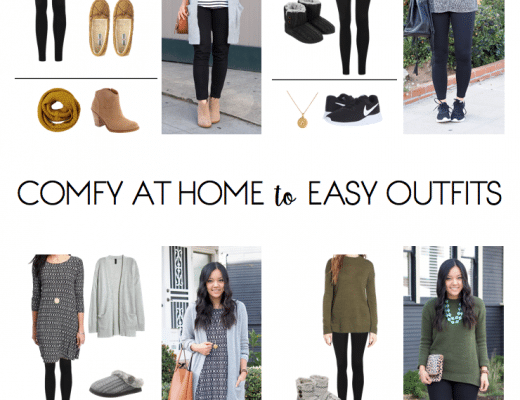