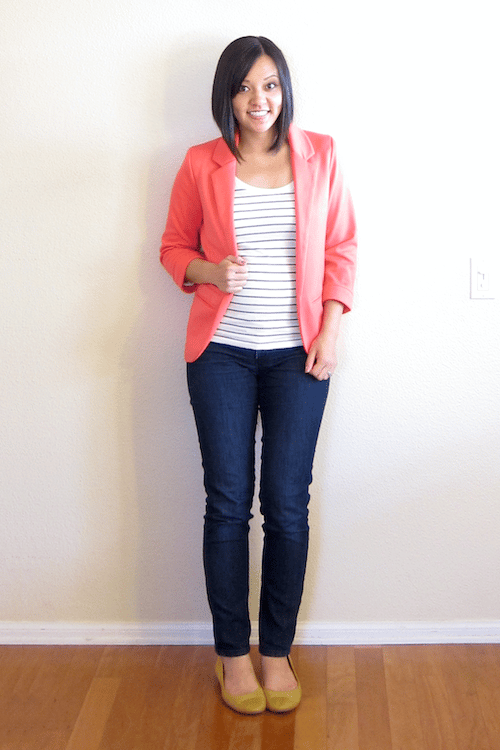 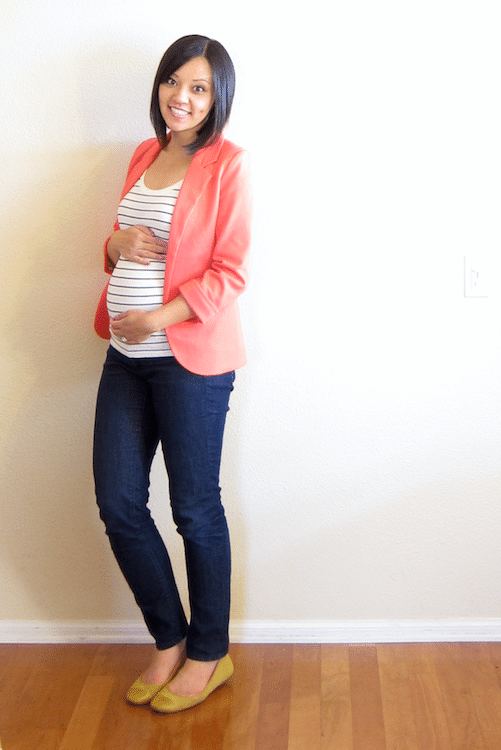 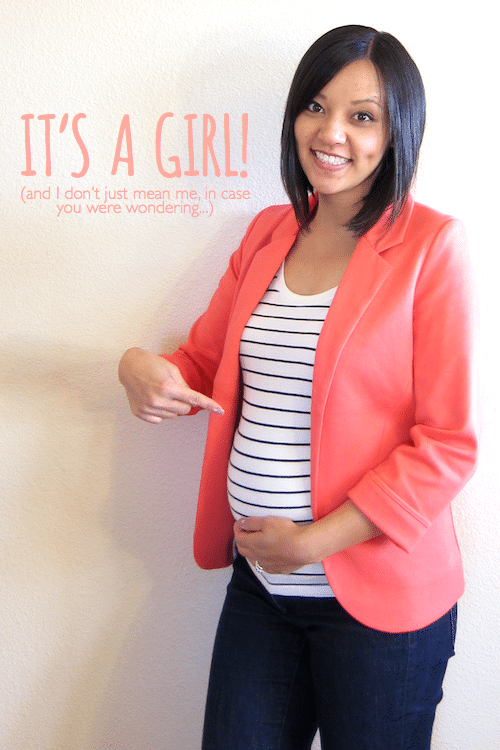 That’s right–we’re having a girl!  Though I wouldn’t say I was dead certain, I had a hunch this whole time that it was a girl.  People often asked us if we were hoping for a boy or a girl, and our answer was that we didn’t care, followed by, “But we think it’s a girl.  At this point we are so used to thinking that it’s a girl that we would just be surprised (not disappointed, just surprised) if it turned out to be a boy!”  And here we are!
On another note, the more pregnant I get, the more striped shirts I want.  I don’t know what it is.  Some people crave donuts, I crave striped tops.  (Okay, let’s be real…I crave donuts and striped tops.)  One of my pregnancy go-to’s this spring is a striped top with a blazer, hence today’s outfit.  Can’t go wrong–with striped tees…or donuts.  Winners every time. 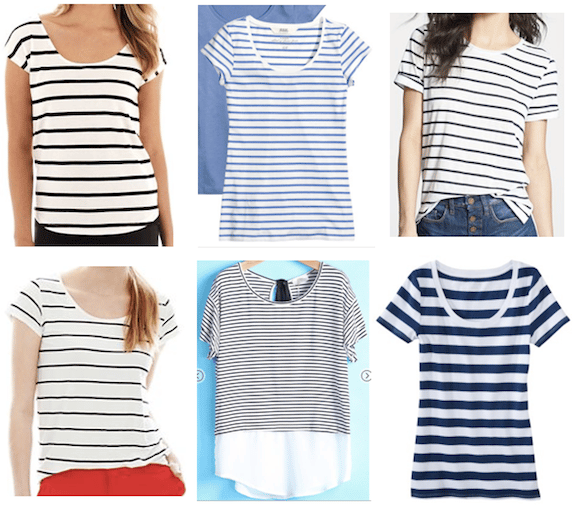 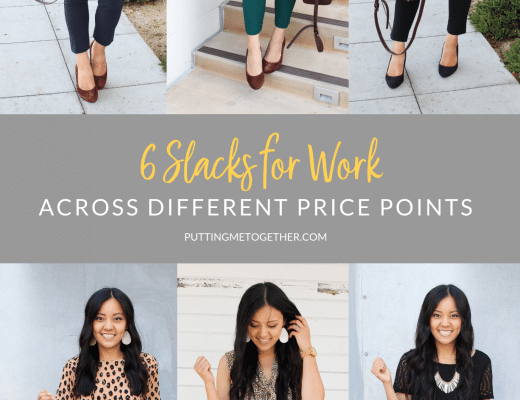 6 Slacks for Work: A Comparison Across Different Price Points 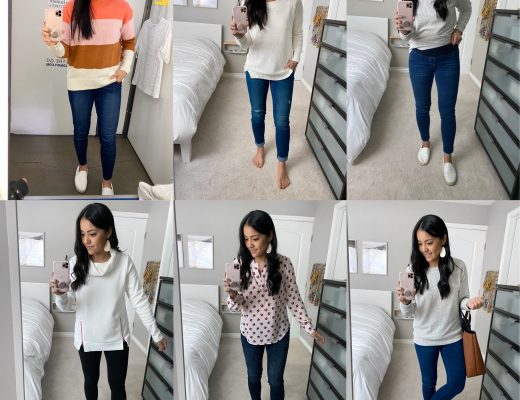 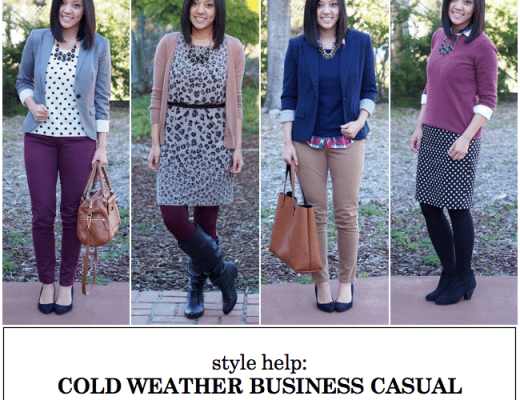