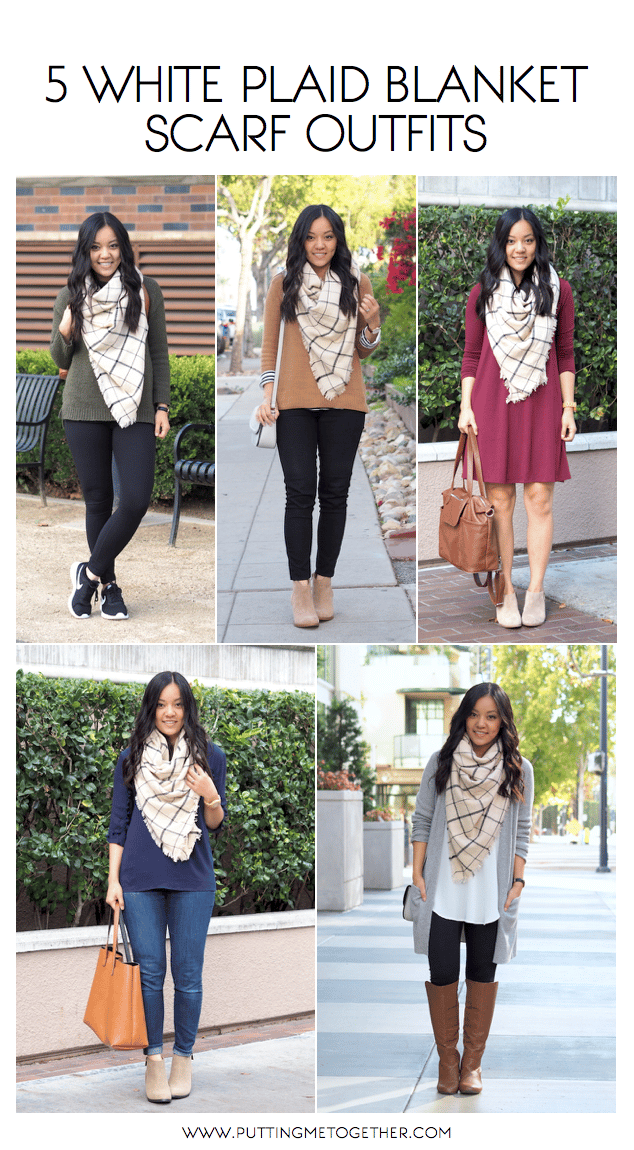 I sang the praises of this scarf a few months ago and it remains to be true!  This is the second blanket scarf in my wardrobe, the first being the ever popular Zara one several years ago.  (Lookalike Zara scarf HERE.)  Last year I was looking for a lighter colored blanket scarf and tried a couple but they weren’t quite what I wanted.  When I saw this one in the Oct at ModCloth I jumped at it because it’s exactly what I was looking for!

I love how the lighter cream “lifts” outfits, especially during winter when I tend to wear a lot of neutrals and darker colors but don’t necessarily want to feel weighed down or drab.  So far I’ve worn it all these ways! 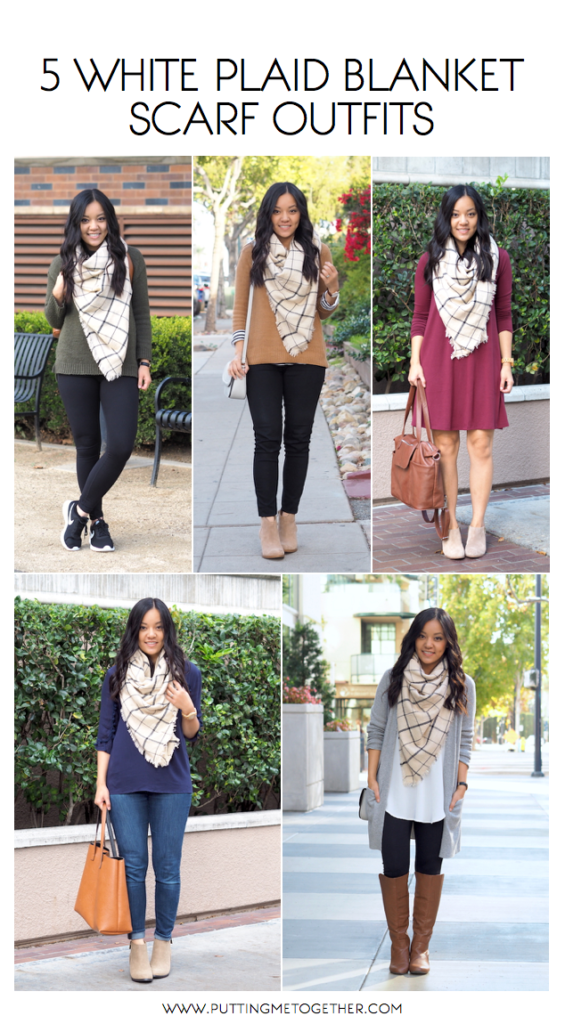 This exact scarf has been sold out for a while, but I found two almost identical options for $15 and $18!  One is HERE and the other HERE. 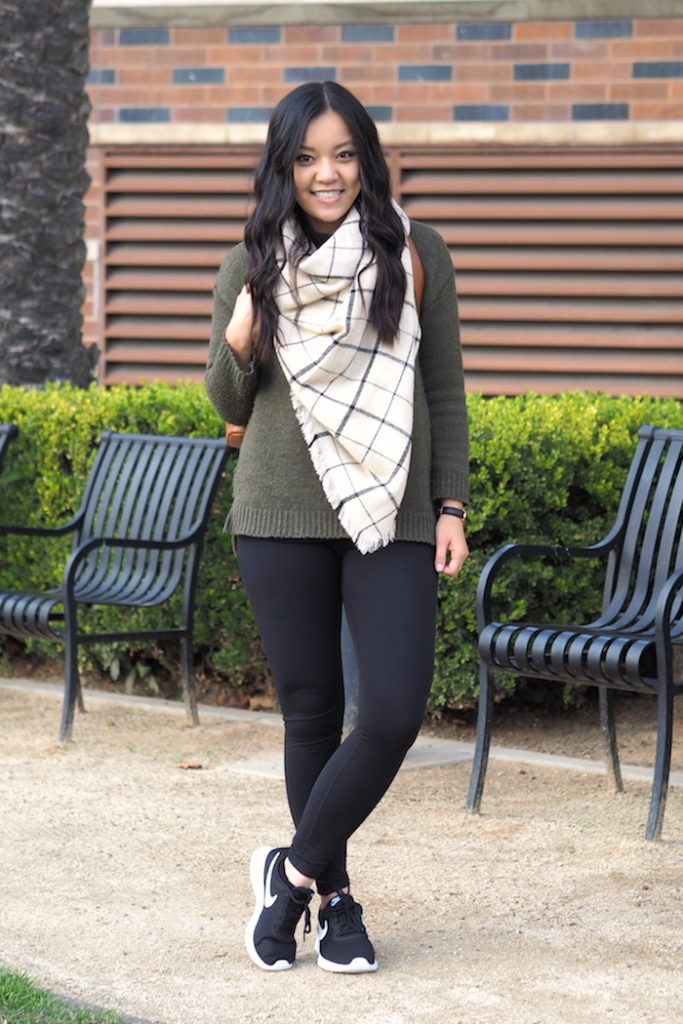 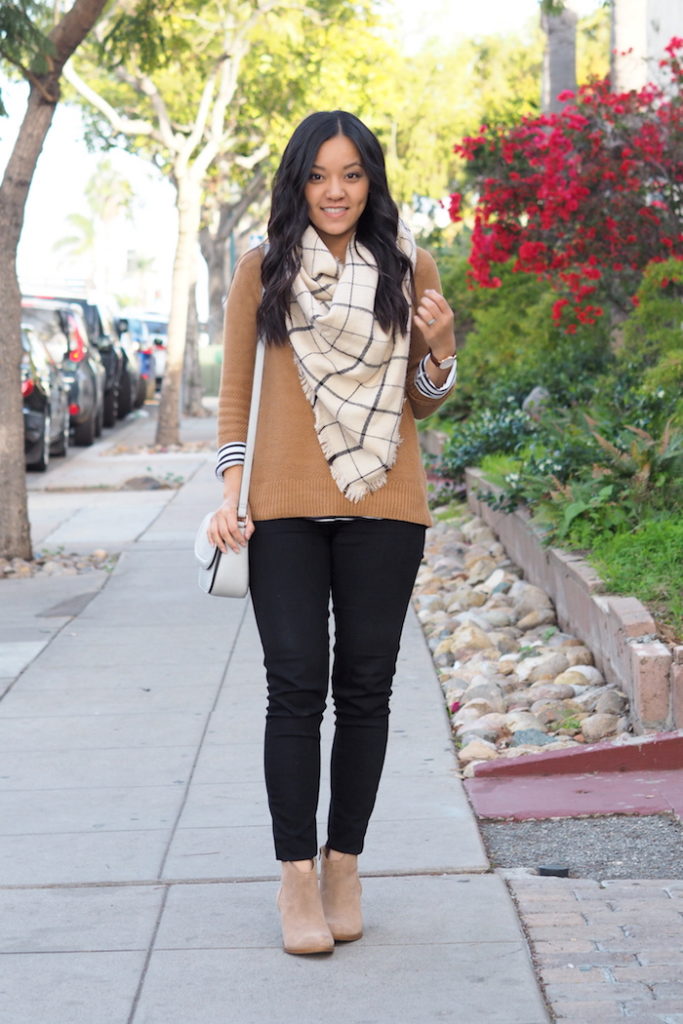 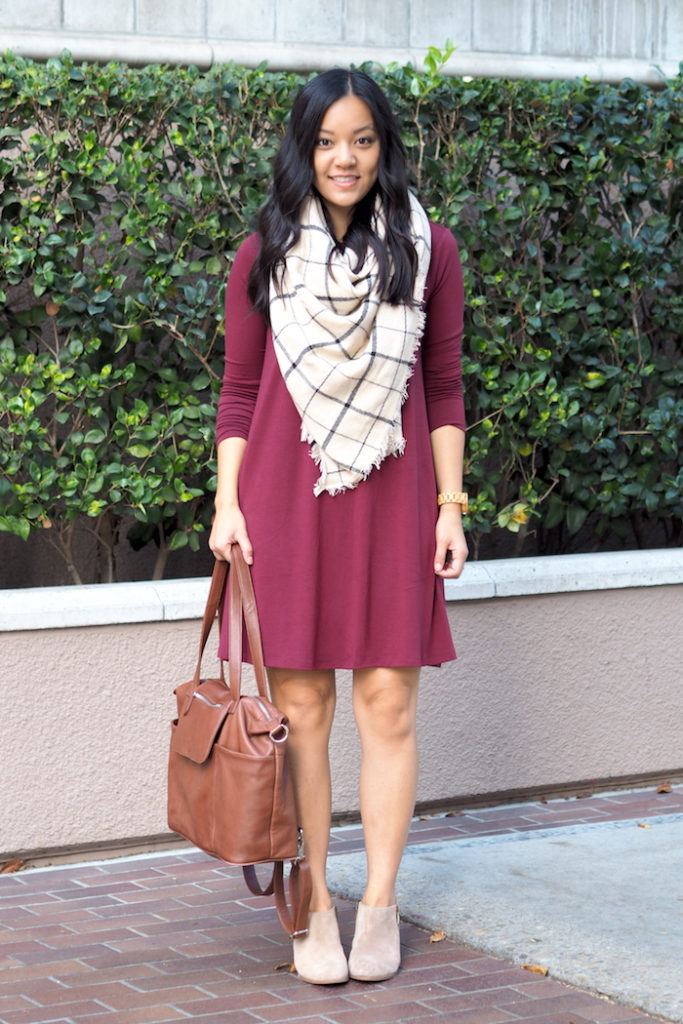 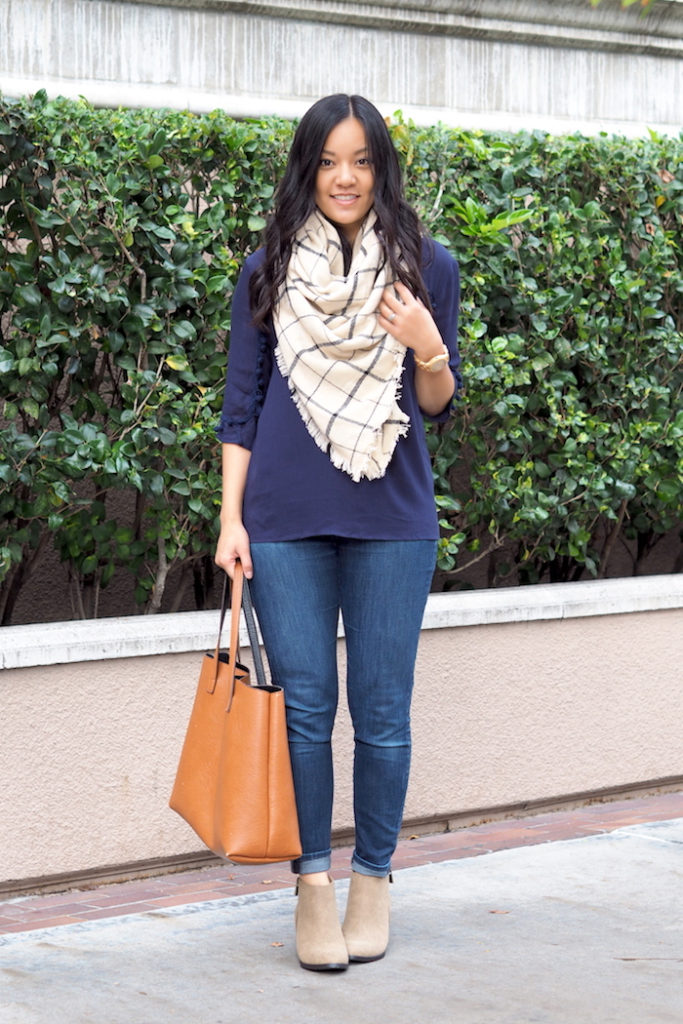 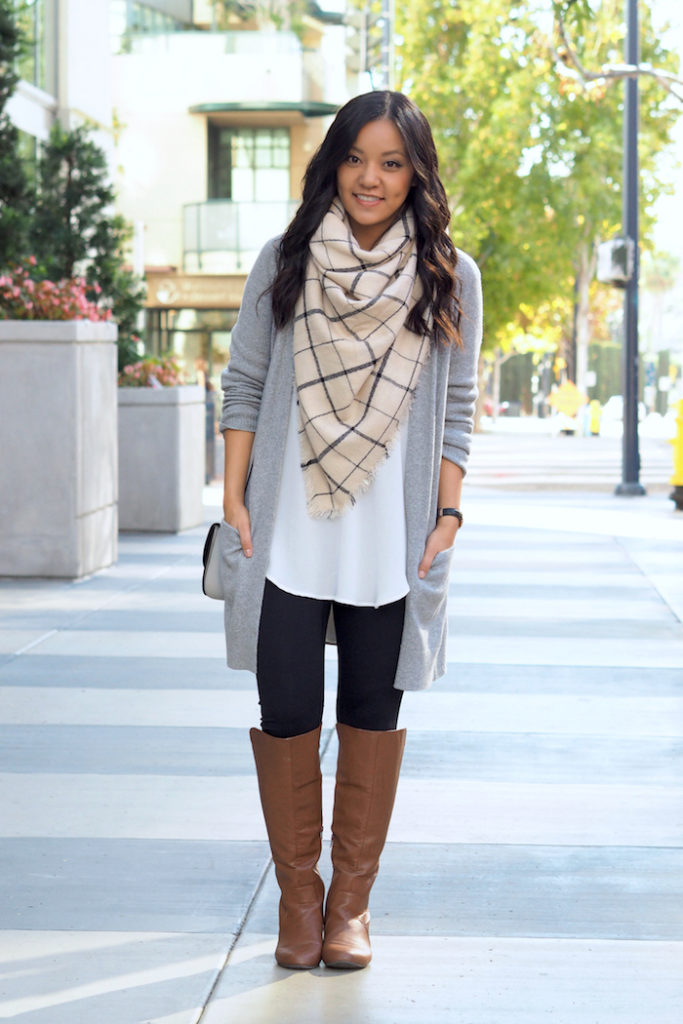 I know some people don’t like how blanket scarves overwhelm them, but that’s precisely what I love about them.  I like how they add pattern and a focal point to all of my solid sweaters, dresses, and tops, and because of that I often feel like the simple addition of a blanket scarf pulls together my outfits in a huge way.

Making Blanket Scarves Work for You

Tip #1: Cut it.  Yes, you read that right!
If you’re one of the people that feels overwhelmed by blanket scarves, like you’re getting swallowed up, or you overheat in them, but have wished and wished you could make them work, I have one tip for you: cut it in half diagonally to make two triangles.  You’ll end up with two triangles, one that you can wear and one you can give to a friend.  It should solve your overheating problem, your swallowed-up-feeling problem, and your feeling-overwhelmed problem!

I saw readers mention it on a blogs last year (maybe 2 years ago?).  While I haven’t cut mine because I LIKE being overwhelmed by blanket scarves, tonsssssss of women in the PMT Style Challenge group have cut theirs and have LOVED it.  Many of them were scared to do it, but anyone who has taken the plunge has not looked back!

How they did it:

Tip #2: Treat it like a cardigan (if you won’t cut yours).
Now, I don’t mean wear it like a cardigan, though you could because it’s a blanket.  Until this year, I thought I couldn’t justify getting more blanket scarves because it’s often too warm to wear them here in Southern California.  Well, I finally realized they more or less provide me with the same warmth as a cardigan does.  So, I started wearing a blanket scarf in place of a cardigan or a light jacket, and that’s allowed me to wear them far more often than I ever have.
For example, Outfit #3 above was taken in October and normally I would have needed a cardigan with that dress.  Instead, I ditched the cardigan and opted for a blanket scarf.
In Outfit #2…well, that picture was TAKEN on a clear day, but I actually WORE the outfit several times on cold and dreary days.  Normally I would have worn a lighter jacket, but I went without one and wore a blanket scarf instead.
And then, of course, if you’re in a super cold climate you totally understand the need for blanket scarves, cardigans, AND jackets!  🙂  (As described in the recent post How I Stay Warm in the Winter.)

Anyway, those are the couple of tips I’ve got for you!  Do you like feeling swallowed up by blanket scarves, or have you or do you think you’ll cut one?  🙂

Previous Story
Two Outfits for Momming It + The NEW Lily Jade Line
Next Story
The Secret to Being Comfortable in Almost Any Pair of Shoes + Worldwide Shipping + Special DISCOUNT! 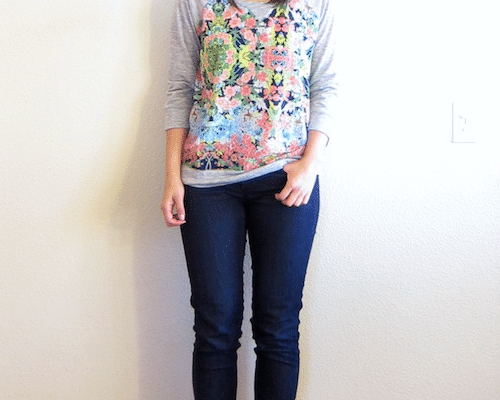 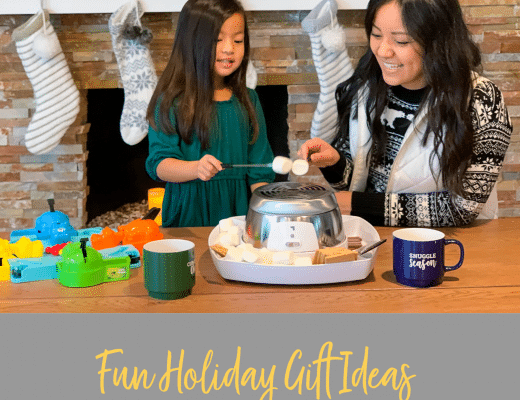 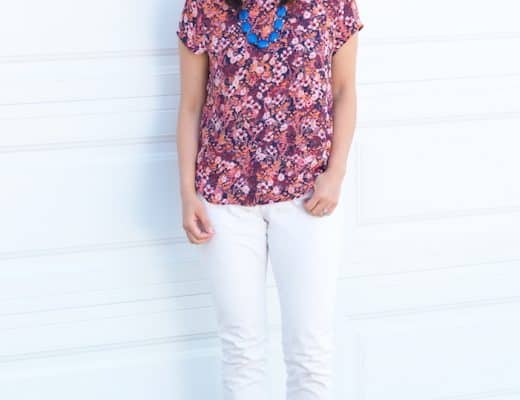 Florals and Brights and Coordinating Accessories 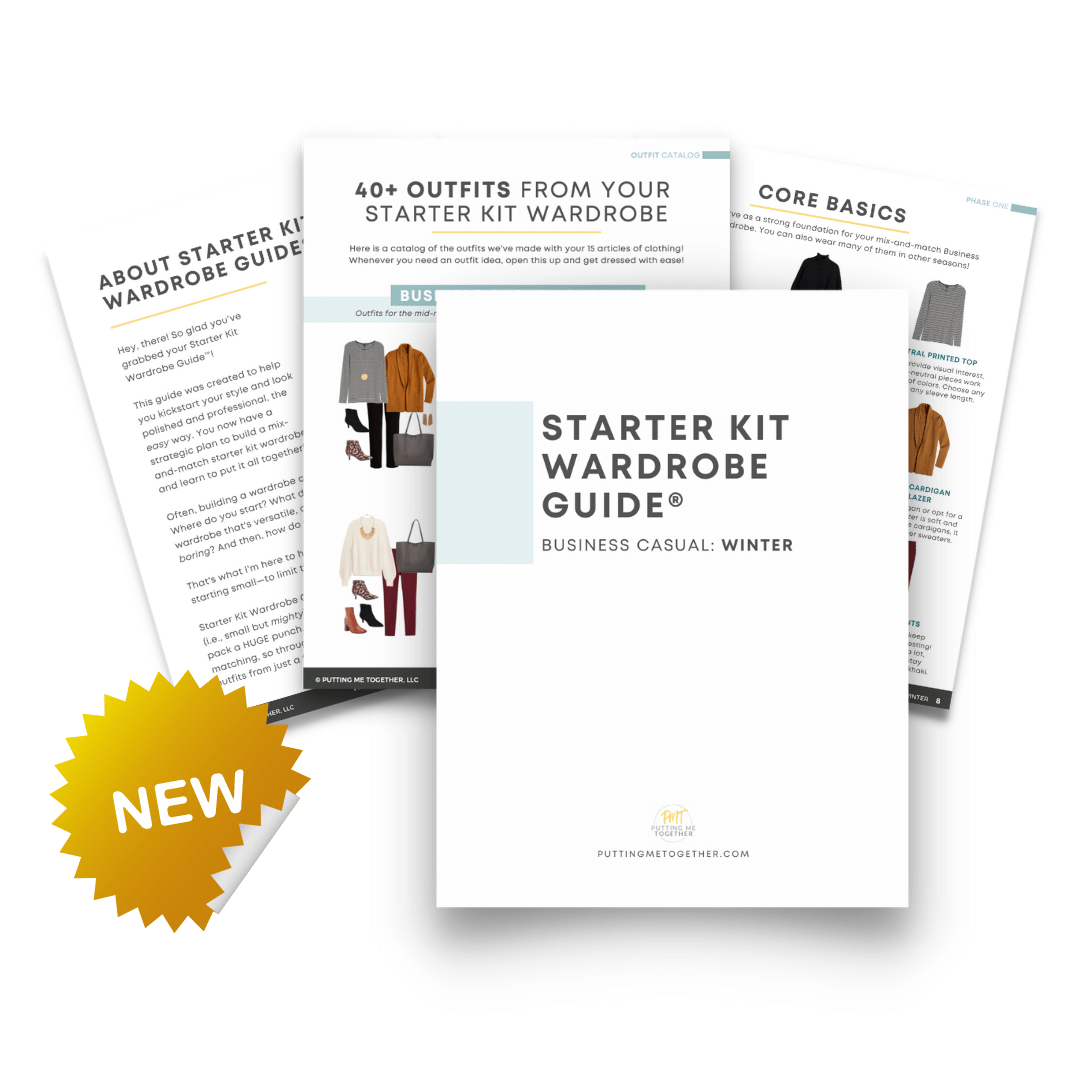 BRAND NEW: The Winter Business Casual Starter Kit Wardrobe Guide! Grab the guide and step up your workwear instantly with a compact checklist, 40+ outfit ideas, and a bonus shopping guide with links! Check it out HERE.