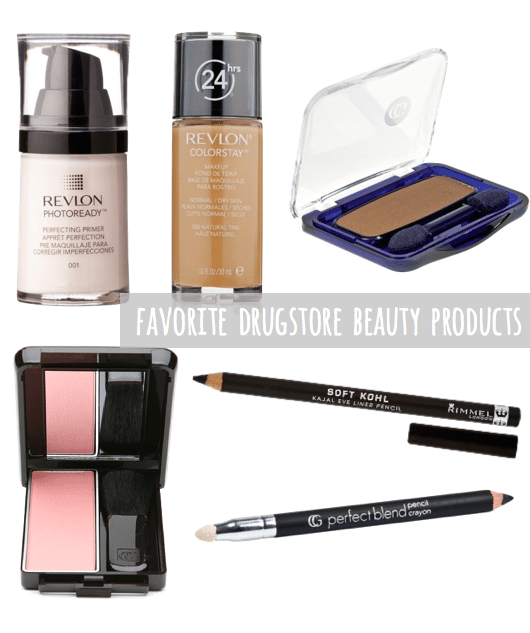 That said, just because I’m okay with less expensive products doesn’t mean I’m okay with being annoyed that they don’t last through out the day or that the pigment is lame.  A lot of drugstore makeup is that annoying kind, but there are a few gems that I really love.  To save you some trouble of sifting through the bad stuff, here are my current favorite drugstore beauty finds!

Revlon PhotoReady Primer
I’ve tried primers from Mary Kay and Urban Decay and either they weren’t worth the money or they dried out or irritated my skin because they were SO intense.  I don’t wear a ton of makeup with lots of intense colors, or maybe my skin is too dry for those particular primers, but I found I didn’t need something as heavy duty as Urban Decay’s primer.  Something lighter that still lasts, please!

I found the Revlon Photoready Primer a few years ago and have been using it ever since.  I LOVE it.  It goes on really smoothly, can also be used for around the eyes as well as the rest of the face, keeps my makeup in place, and rather than drying out my skin it makes my skin soft.  I use the Perfecting Primer, but there’s also a Color Correcting Primer that’s supposed to help even out your skin tone.

Revlon ColorStay Foundation
I’ve also used this for years.  There are different formulas for Normal/Dry Skin and Combination/Oily Skin.

My sister, who is a makeup artist by hobby, recommended it to me when I said I wanted to do my own makeup for my wedding 6 years ago.  She said that this particular foundation was good for pictures because of how it absorbs or reflects light.  (I forget which one it does because she said it so long ago.)  So far it’s been great, and I haven’t felt a need to change it.

At one point I used a L’Oreal foundation before this, and it wore off mid-day, even with primer.  The Revlon ColorStay lasts all day, except on my nose because I blow my nose pretty often!  🙂

CoverGirl Eye Enhancers Shadow
I was using Sally Hanssen Natural Beauty by Carmindy’s eye shadows, but they aren’t widely available anymore and/or they bumped up the price to more than double what they used to cost.  I loved their concentrated pigment, and at the original price it was worth it, but not anymore.  Plus, they’re just hard to find so it’s annoying.  Anyway, once I ran out I hunted for a replacement drugstore eyeshadow that had solid pigment.

I swear I used this CoverGirl eyeshadow in JUNIOR HIGH (bahaha!) and remember the pigment being weak.  For the most part I’ve stayed away from CoverGirl eyeshadow for that reason.  But, after trying several other eyeshadows from Rimmel, L’Oreal, Revlon, and pretty much all the other drugstore brands and not being satisfied with their weak pigment concentration, I tried CoverGirl again for kicks and was surprisingly pleased with how much pigment is in them now.  I’ve only tried one color, so I’m not sure about the rest.  And the price is great!

CoverGirl Classic Color Blush
I was gifted a MAC blush a while back, and when it finally ran out I wanted to find a drugstore replacement.  I can’t remember which other brands I tried, but this CoverGirl blush won.  I like a brighter blush and this particular Rose Silk matched the old MAC blush I had pretty well, and for a fraction of the price.  (Don’t be scared of a bright blush–it’s surprising how well it might work on you!)  And also the pigments in this one were more concentrated than in the other brands I tried.

CoverGirl Perfect Blend Eyeliner
I’m always looking for a drugstore eyeliner that will last all day.  I took home 3 eyeliners at one time to compare to each other–this CoverGirl one, the Rimmel one below, and a crappy Revlon one that I wouldn’t recommend.

The CoverGirl Perfect Blend Liner applies smoothly, blends really well, and is super cost friendly.  I really, really like it on my top eyelid, but it seems to smudge on my bottom eyelid if my eyes are closed (nap times, prayer times, etc.)  I think it’s actually supposed to be kind of smudgeable and probably what makes it go on so smoothly.  I don’t usually go for a smouldery smudged eyeliner look, so I guess it depends what you want in a liner.  But like I said, I loooove it on my top lid!

Rimmel Soft Kohl Kajal Eye Liner
Since the CoverGirl pencil hasn’t run out yet, I’ve only worn the Rimmel one for a few days to test it.  This one stays on my bottom lid all day, however it doesn’t apply quite as smoothly as the CoverGirl liner on my top eyelid.  It’s not problematic by any means.  It’s one of those things where if I wasn’t spoiled by how smoothly the CoverGirl pencil applies and had nothing to compare it to then I’d be totally happy with it.

This week I’ve been using the CoverGirl liner on my top lid and Rimmel on the bottom.  Best of both worlds!

(Though I linked to drugstore.com I bought this product at Target.  Just couldn’t find a link to it online.)

Those are the ones I’ve been using as of late.  What drugstore beauty products have you been loving lately?

P.S. In case you didn’t know…you can return makeup to most drugstores even if used (and definitely to more expensive places).  If you’re not sure, check their policies on makeup returns.  That’s how I’ve been able to try enough products to find ones that I’m satisfied with, without killing my wallet. 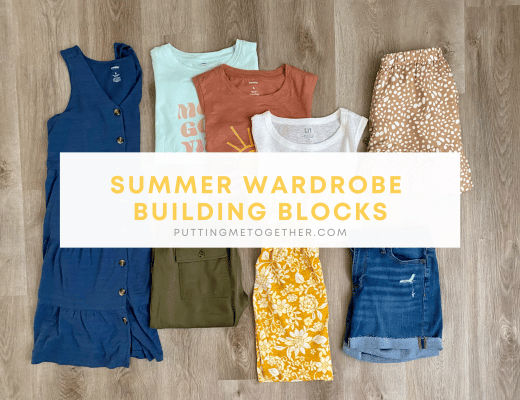 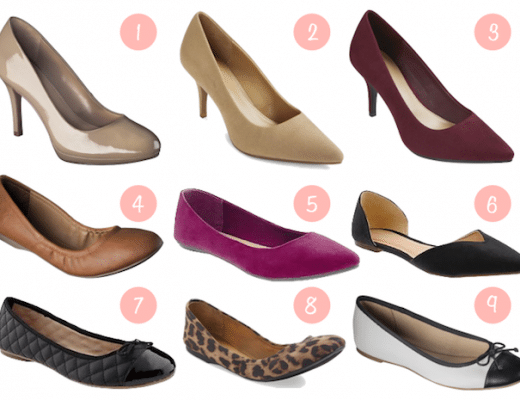 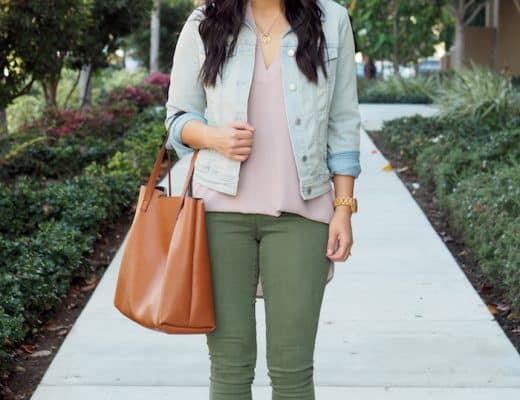