The Clothing Steamer I Use 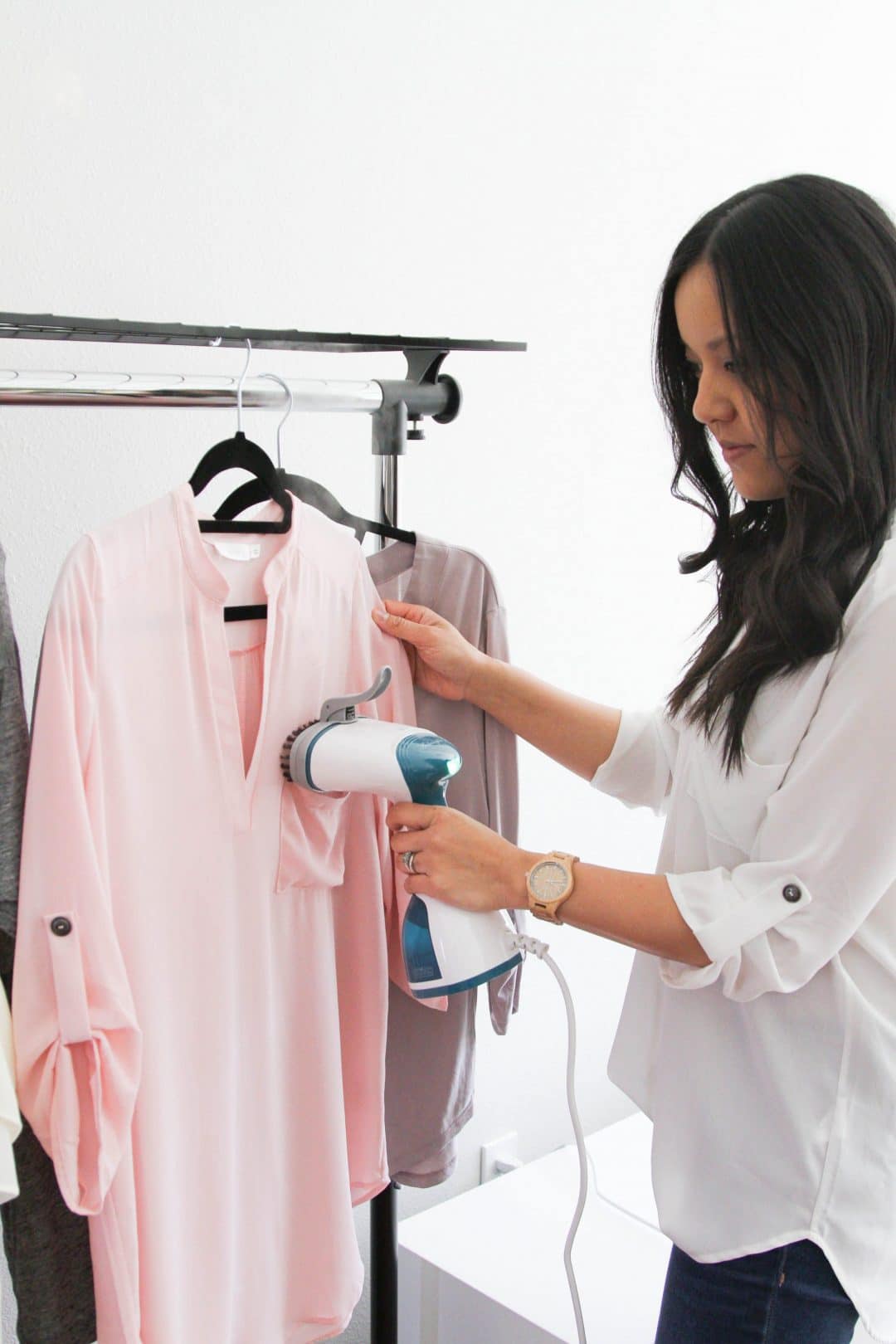 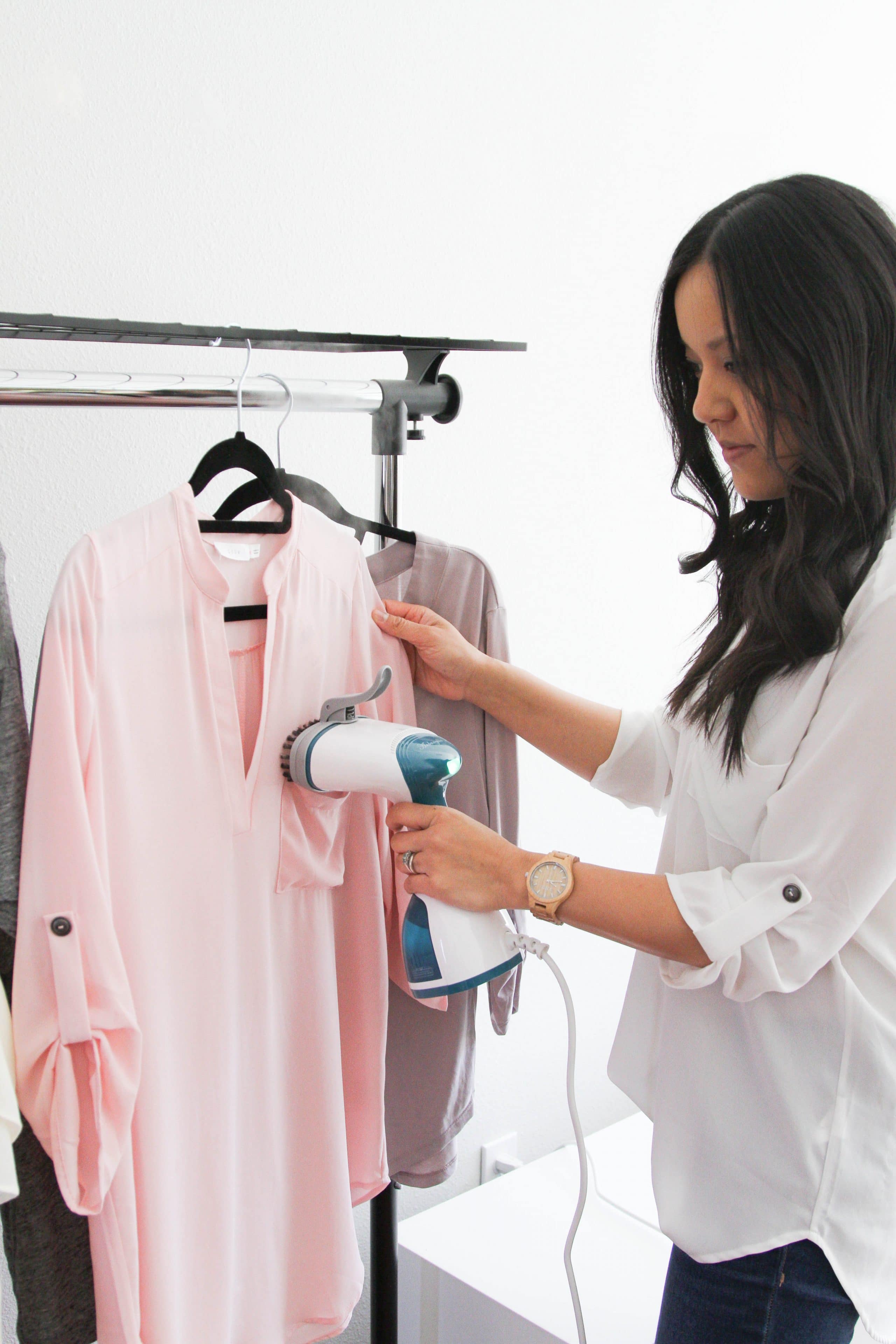 I get asked about my clothing steamer several times a week.  It almost always goes like this, “Which clothing steamer do you use again?  I tried searching for it on your blog but couldn’t find it.”  That’s because I had yet to write a post on it and had only talked about it extensively on Instastories–until now!

I’ve said that I hate ironing and never, ever, everrrrr did it.  I was the person that took a hair straightener to get out a few major wrinkles from some of my shirts.  Ha!  But once I discovered a clothing steamer?  OHMIGOSH.  GAME CHANGER.

Now, does a steamer totally replace an iron?  I think it depends on what kinds of clothing and material you’re using it on.  I have very flowy clothes made of soft materials–you know, how I’m often talking about the “drape” of a top–and the steamer works great for that.  It also works great on my curtains.  However, for my husband, if he’s looking for a crisp look for his button up shirts, the steamer isn’t sufficient.  It *WILL* get the wrinkles out, but it will not make his shirts look crisp.  For crispness, he goes for an iron.  For my wardrobe, the steamer works really well though! 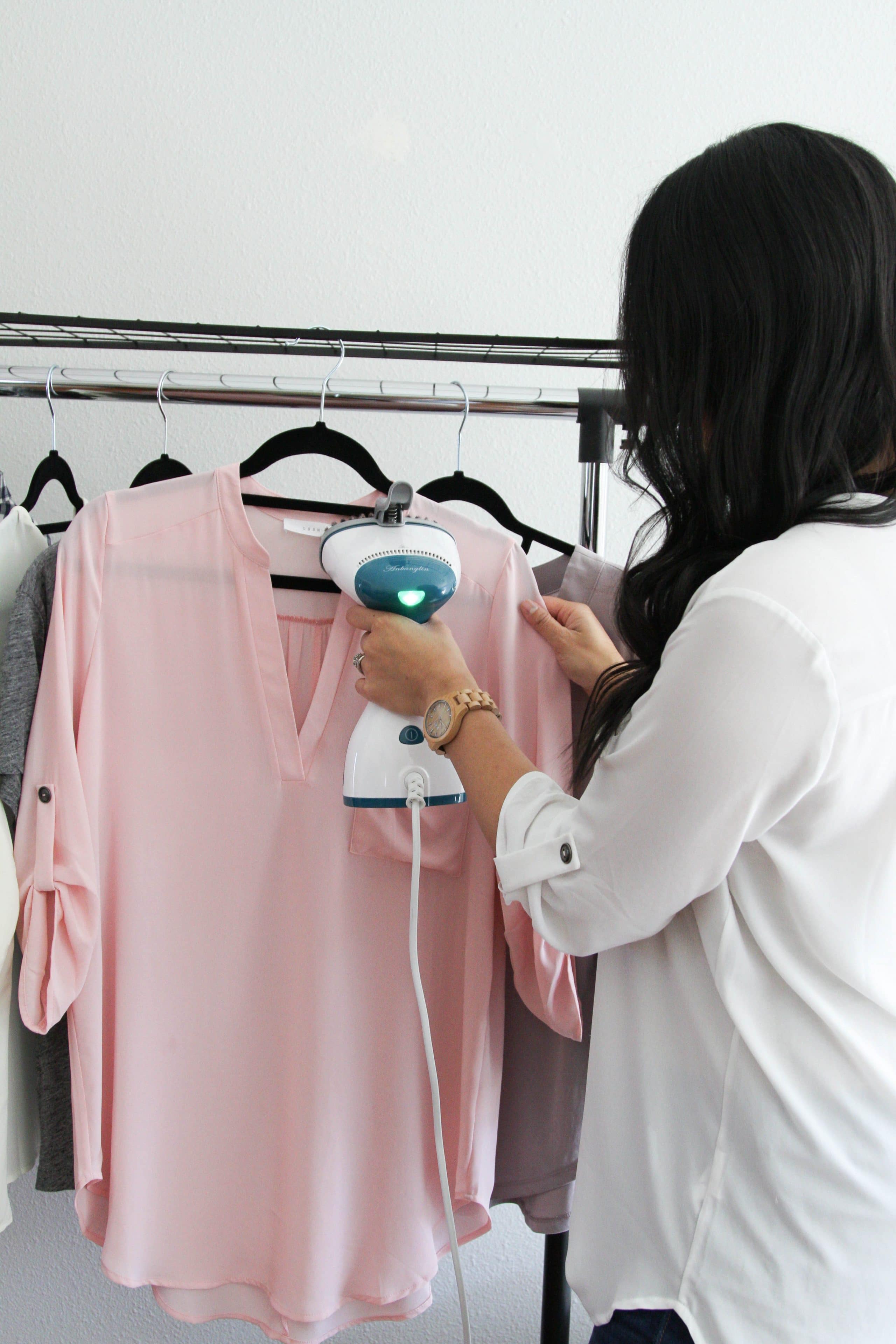 WHY I LOVE STEAMING CLOTHES

THE STEAMER I USE

The first steamer I bought was a tiny little travel steamer (THIS one), and I still bring that on trips.  However, as a smaller steamer, the tank is really tiny which means that I have to refill it more often when I steam a lot of clothes or have clothes with more wrinkles.

Since that was my first steamer and I hadn’t tested others, when I decided I wanted a steamer with a bigger tank I took it as an opportunity to test a few more steamers.  I still don’t know a whole lot about steamers, but this past holiday season I tested a handful of steamers that were a little larger, though still handheld and decent to travel with, and had more functions.

Some that I tested were:

EDIT: I can’t find the one I originally bought anymore, but there is an identical one from another company HERE.  Regarding the one I own, I originally didn’t try because it didn’t have as many reviews as some of the other ones, plus it only had 4 stars as opposed to others that had 4.5–and I rely heavily on reviews!  But, I liked this one a lot more than the others. 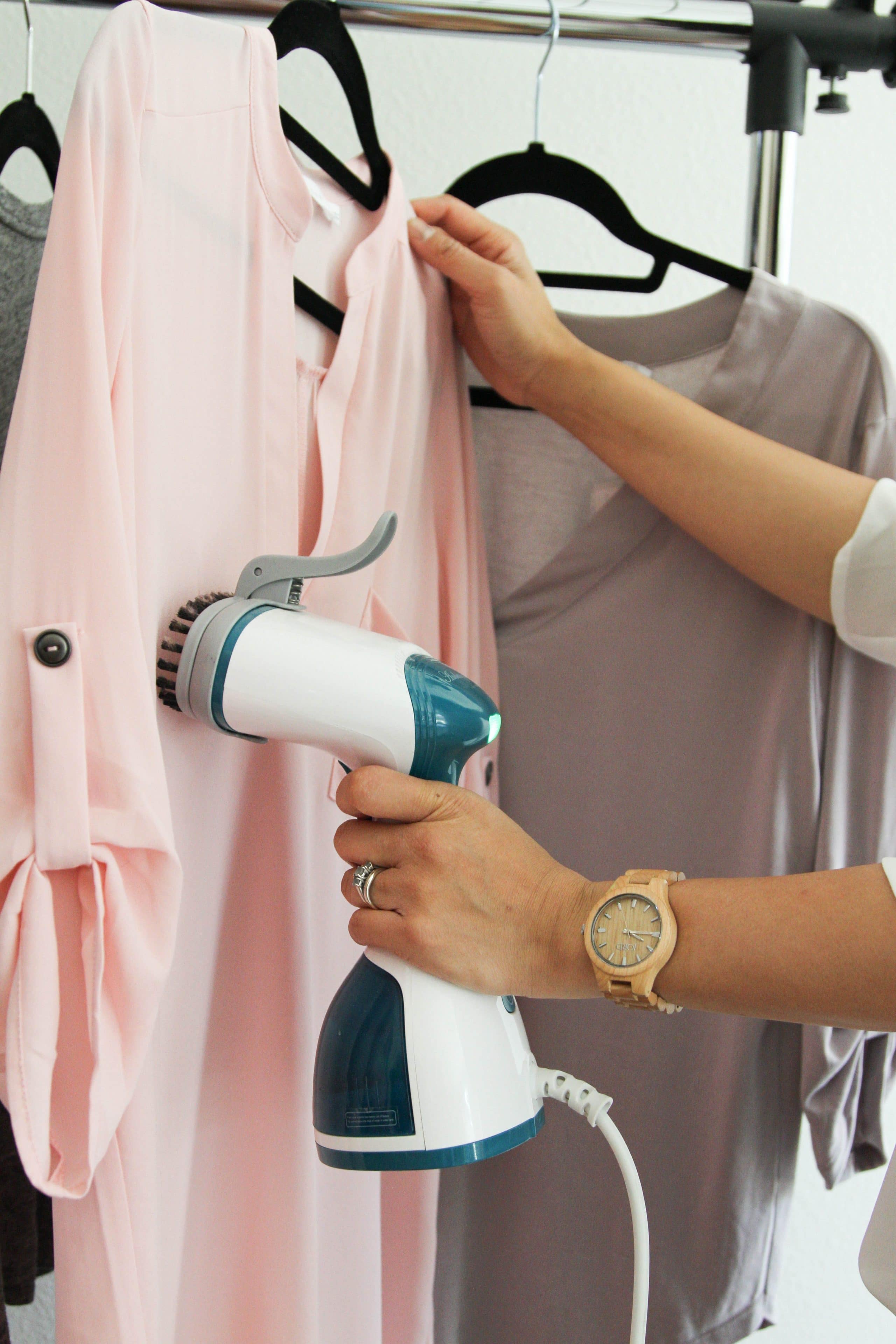 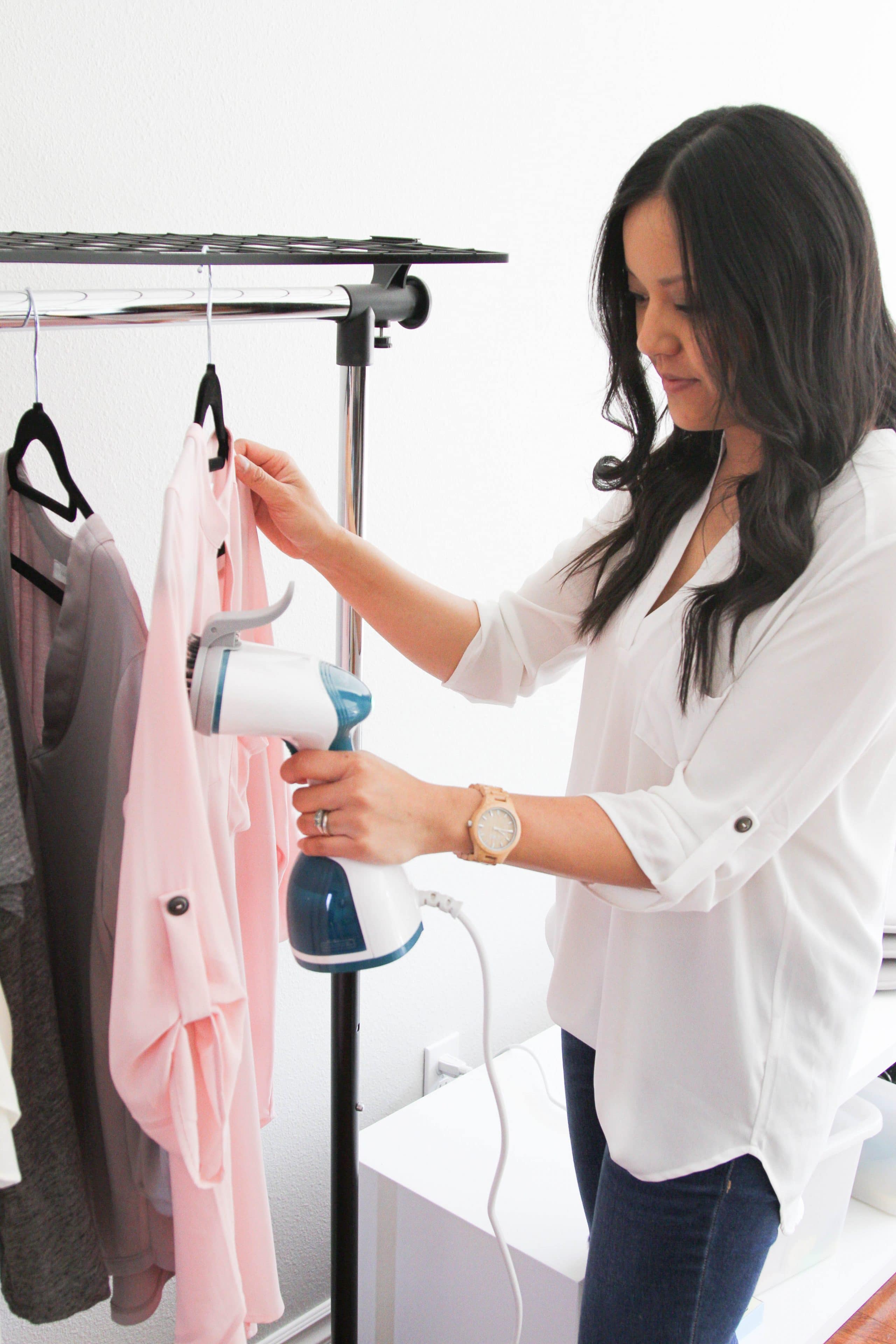 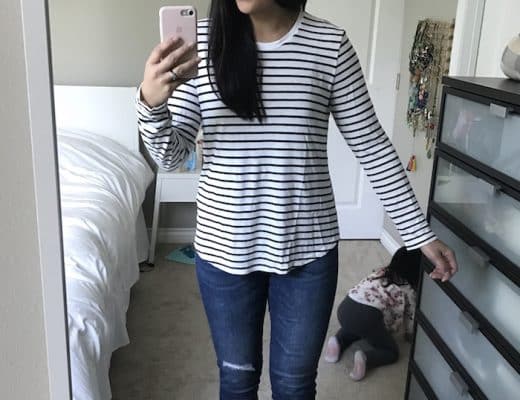 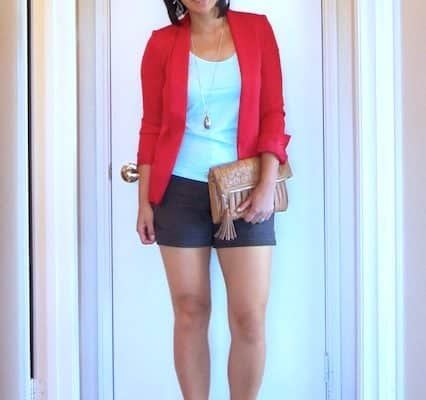 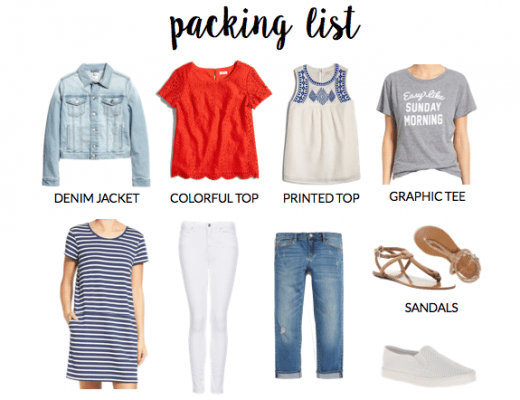