Blanket Scarf When It’s Not Freezing 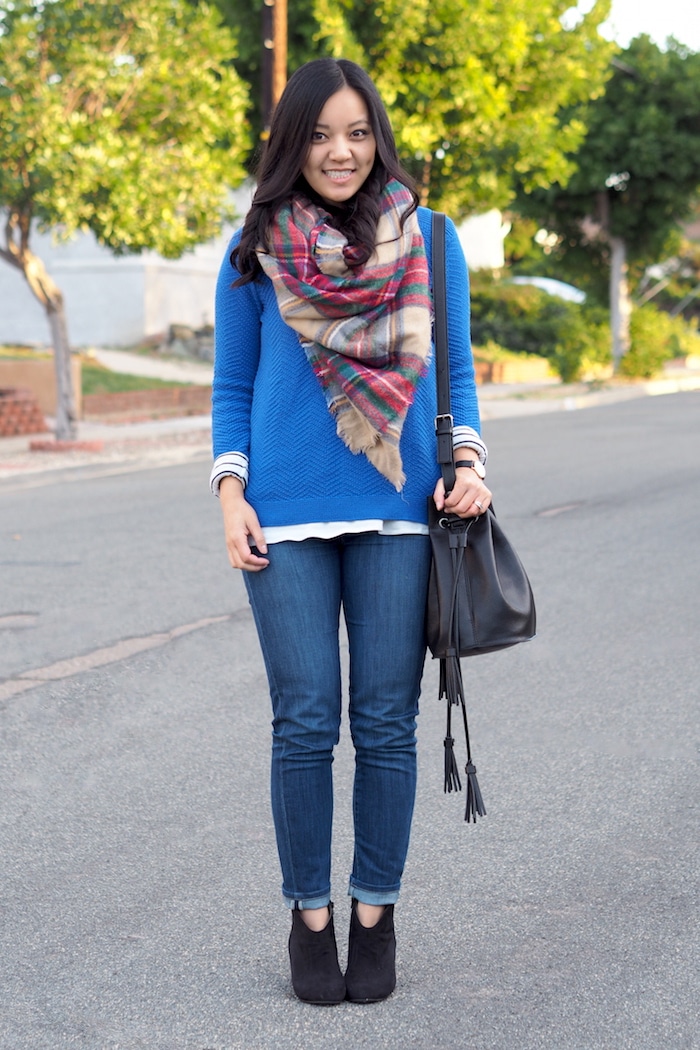 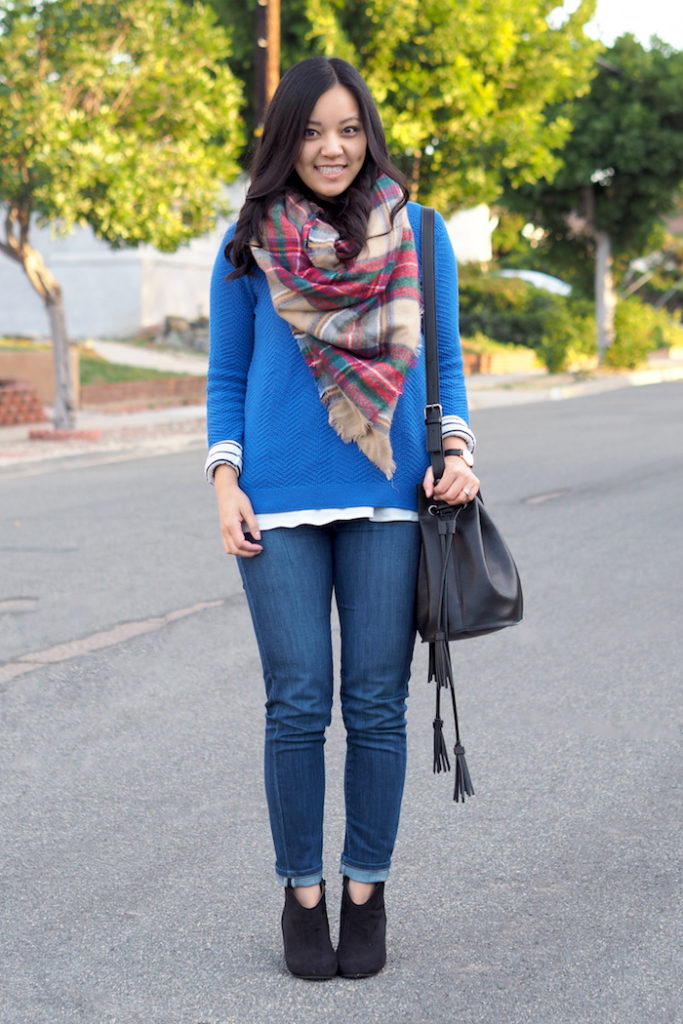 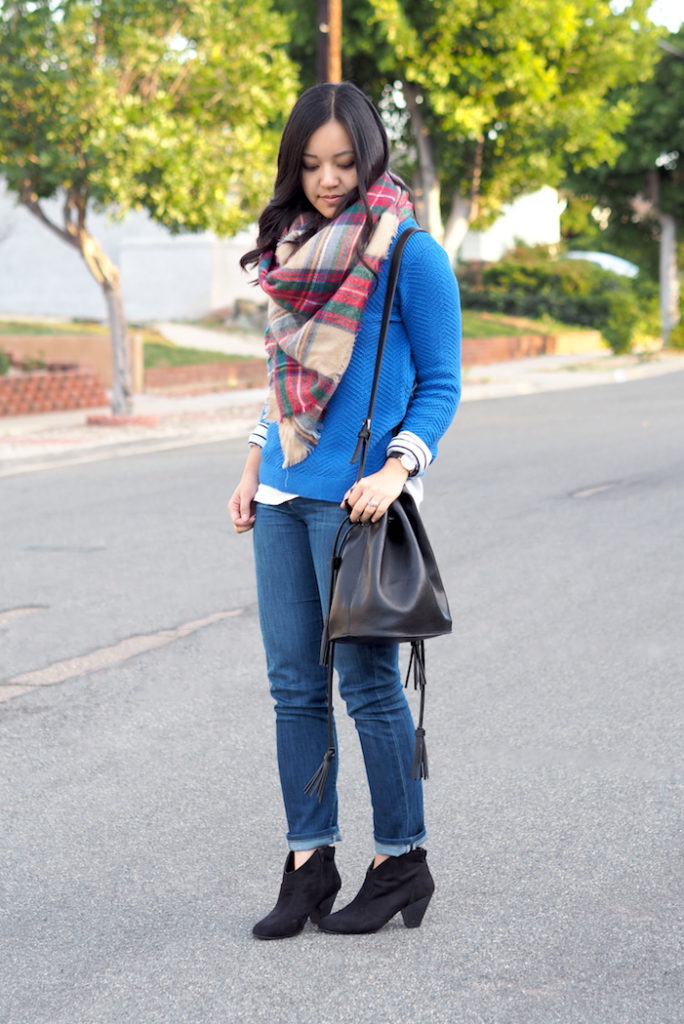 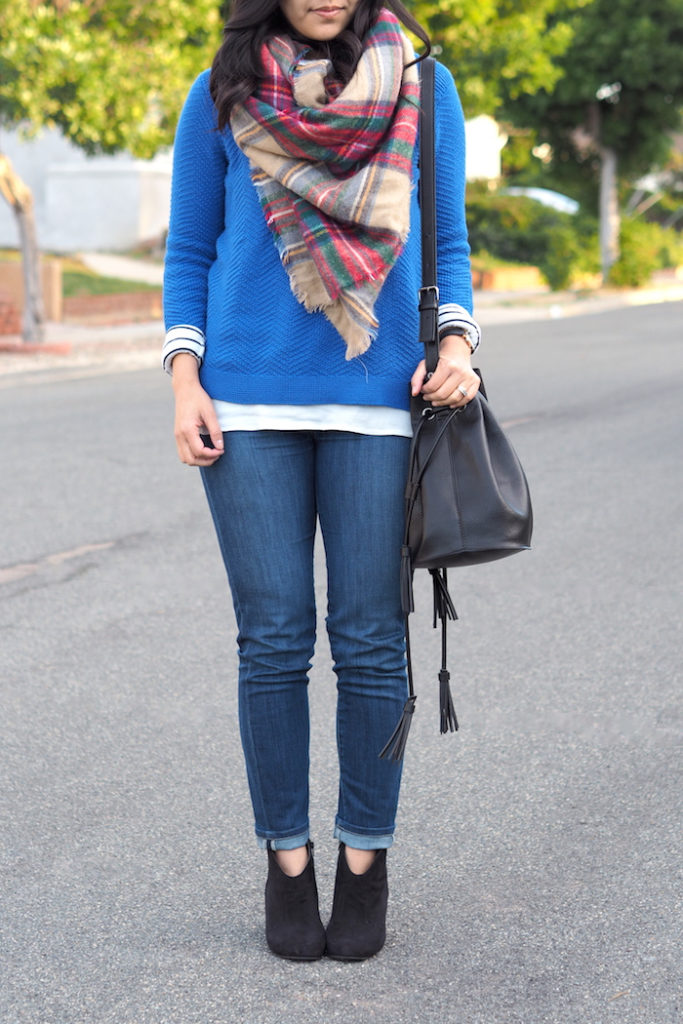 Question: Are you into blanket scarves or not?  I’ve said before that when I asked for this scarf for Christmas a couple of years ago I had no idea how large it was.  I didn’t know what blanket scarves were or that this would be one.  I didn’t think I’d be able to wear it much in San Diego since it is literally a blanket around your neck and too warm with all the other layers, but I finally realized this year that it sometimes works in place of a light jacket, especially if I’m wearing ankle boots instead of riding boots which keep me pretty warm.  So, with those realizations…I now want another blanket scarf, haha!

Since they’ve gotten popular over the last couple of years they are easily found on Etsy at pretty inexpensive prices.  (See below for some of them.)  Unfortunately the plaid scarf I recently ordered from Nordstrom (HERE) wasn’t as saturated in color as I hoped it’d be, so I returned it.  Now I’m eyeing this navy and green blanket scarf HERE (only $10.49!) though I’m gonna think it through a little longer before I actually purchase it.  Until then, I’ll just continue looking at it everyday.  Not obsessed at all. 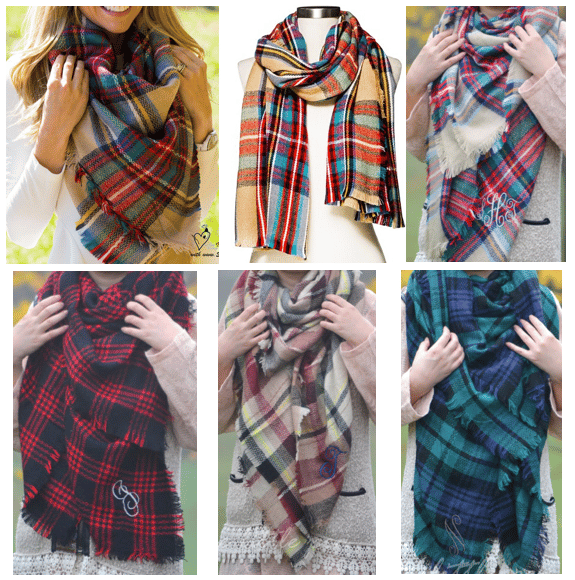 Previous Story
Ways to Wear a Gingham Button Up
Next Story
Wardrobe From Scratch, Part 6: How to Choose Shoes 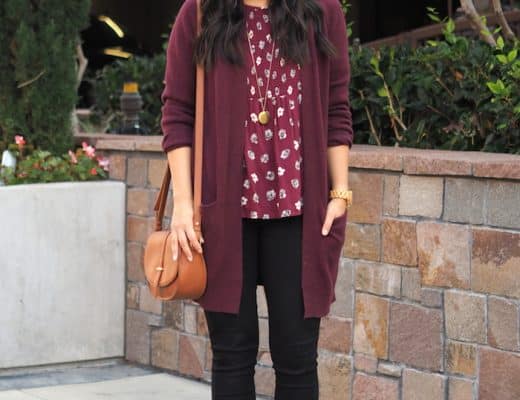 Maroon 5 Times a Week + A Bunch of Maroon Pieces 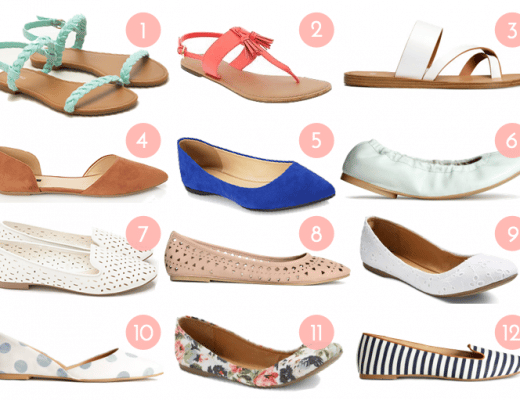 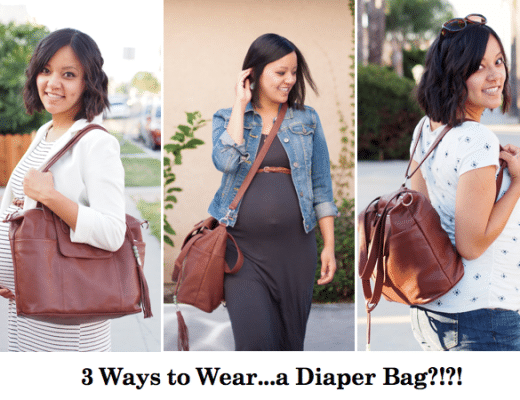